Tardiloquum te esse iubeo et tarde ad locutorium accedentem
(I bid you be slow to speak and slow to approach the chat-room.)

-- Thomas Aquinas, Epistola de modo studendi (A Letter on the Method of Study)
Found at FideCogitActio

A word on "chat-room".  That is a more or less literal translation of "locutorium."  If an auditor-ium is for auditors (for those-who-listen), a locutor-ium is for locutors (those-who-talk).  It referred to a room in people's homes in Late Imperial times that was reserved for amiable gathering and chatting.  It is usually translated as "parlor" or "salon."  However, Tom tended toward the colloquial and concrete in his imagery, and the sense of the locutorium is actually well-captured by "chat-room."

Well, except for being physically present and all.
Posted by TheOFloinn at 5:36 PM No comments:

Labels: Aquinas, quote of the day

Posted by TheOFloinn at 11:26 PM No comments:

A novelette scheduled for release on April 27th by Tor.com in Kindle format for the princely sum of $0.99 each. But early and buy often. 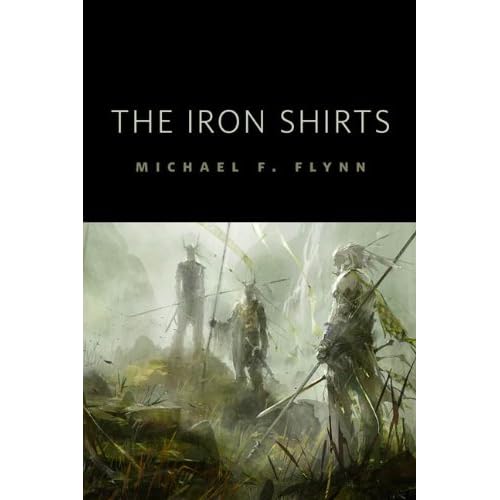 Product Description
In a world in which horses survived to flourish in 13th-century America, the wars and rivalries of thirteenth-century Ireland have new players: the mysterious warriors from across the Western Sea, called by some the “ó Gonklins.” They and their Irish hosts have much in common—enough to misunderstand one another far more than utter aliens ever could.
Posted by TheOFloinn at 1:02 AM No comments: