"The trouble with mornings is that they come when you're not awake."

--Archie Goodwin, in "A Window for Death," by Rex Stout
Posted by TheOFloinn at 7:31 PM No comments:

How Long Does It Take

to fix a highway?

Depends on how big the earthquake is, right?

Read more »
Posted by TheOFloinn at 3:00 PM No comments:

Once There Was a Time...

when folks worried not about being overweight.  Quite the opposite, it seems.

Posted by TheOFloinn at 10:31 PM No comments:

An anonymous Twitter notes that "Obama has launched more cruise missiles than all other Nobel Peace Prize winners combined."

The Wit and Wisdom of Ravn Olafsdottr

"When diligently sought, it is best to be someone else."

“All this miigimoos stop when enemy appear.  Well, perhaps not all miigimoos.”

Mashdasan ran a hand across his cheek and chin.  “Don’t be too certain, Deadly One.  My loyalty is to the Confederation and to the Names.”
“Good.  So be mine.  Hooray for Confederation.  Huzzah for Names.  We do secret handshake later.  Will you give me back my ship?”

"Love doos not mean you nayver spank the little rascal."

"Always problem with undercover.  Better job you do, more your friends shoot at you."

Today is St. Patrick's Day, or as we Irish call it: "amateur night at the bars."  In consideration of the day, we offer a bit of music.  Normally, I don't like over-orchestrated harp music, but one takes what the net hauls in, and Fanny Po'er and O Carolan's Concerto are among my favorite O Carolan tunes.

Read more »
Posted by TheOFloinn at 7:28 PM No comments:

Dodeka Pi Day Coming Up in the Spiral Arm!

Read more »
Posted by TheOFloinn at 10:44 PM No comments:

Is There *Nothing* This Theory Cannot Explain?

In the Garden of Whimsy


Today is Pi Day.  So along with the Alamo and the Maine, remember the pi.

π r²
But as a friend once told me, "Pie are not square; pie are round.  Cornbread are square."

If we superscribe a circle with squares of side r, it is clear that the area of the circle is less than four of these squares (left).  Four such squares is 4r².  If we inscribe the circle with squares of diagonal r, the area of the circle is clearly greater than four of these squares.  Thanks to Mr. Pythagoras, we know that if the diagonal is r, the side is SQRT(2X), so the area is r²/2.  Four of these is 2r².  Therefore, the area of a circle must lie between 2r² and 4r², and 3r² seems a reasonable guess.  If not for those curvey lines....  So it turns out to be "a little bit more than 3."  To wit:
How's that for a pi in the face?  All hail, the mighty PI.

However, there is seldom need for anything more than 3.14159; or even 3.1416, if we round.  Every really real circular object can be measured to a specific number of decimal places, and so the ratio C/d will always be a rational number, no matter how many decimals are in our instrument.  So what is this "irrational" pi anyway but a pure spirit, not found anywhere in the real world?  Hunh?  Credulous believers in PI even call it "irrational," but "rationalists" know there is no such thing in reality.  A fig for your pi.


Posted by TheOFloinn at 4:29 PM No comments:

Back in 1853, the folk who lived atop German Hill had desired to build their own church rather than climb down the cliffs, cross the river, and climb the hill on the other side to attend St. Bernard's.  Too many Irish there, anyway.  So they built a church atop German Hill: white-washed brick with a steeple in front.  The church was dedicated by the fourth bishop of Philadelphia, Rev. John Neumann, who was one of two saints associated with the parish.  (The other was Dorothy Day, who established a Catholic Workers farm on Morgan's Hill.) But by 1885, the old white-washed brick church was too small for the German congregation.  During the funeral of Fr. John B. Frisch, the seventh pastor, people had knelt in the grass outside all day, in the pouring rain.  Though perhaps this was as much a tribute to the greatness of the man as to the smallness of the building.   A new church was built on the same site.
This was the life's work of Fr. James Regnery, 13th pastor of St. Joseph.
Read more »
Posted by TheOFloinn at 11:14 PM No comments:

Read more »
Posted by TheOFloinn at 3:33 PM No comments: 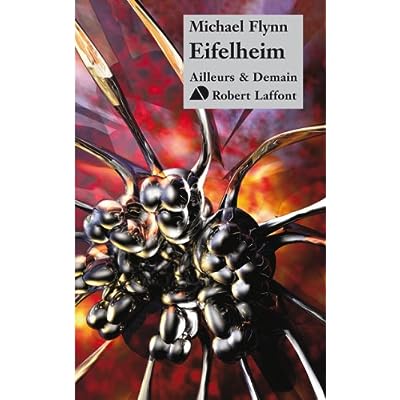 Posted by TheOFloinn at 6:47 PM No comments:

You can't argue with the facts. Observe the UN FAO Food Price Index:

Now, it turns out that wheat held steady and rice declines slightly, so the increase is due mainly to maize (corn). The biggest exporter of maize is the US, and this past year, 40% of the US maize crop went to ethanol rather than into food. That's 40%. So, yes, food crops have decreased due to global warming; viz., the hysteria over it has diverted food away from the mouths of the poor into the gas tanks of the well-to-do in order that they may feel really good about their moral superiority.

Sorry for the intemperate remarks, but I'm one of those "feed the hungry" nuts.
Posted by TheOFloinn at 10:17 PM 1 comment:

My brother K sent me this link. He used to work for a newspaper, but the newspaper folded under the pressure of things like this. Warning: there is naughty language used in the report.

In dynamic processes, the distinct strata may be subsumed within the periodic samples or may appear as distinct fluctuations or shifts from time to time.  In this case, calculating a constant mean for the series can be a fatuous exercise, though often done simply to provide a benchmark against which to view the fluctuations and to test the null hypothesis that the mean value is constant for the series.
Read more »
Posted by TheOFloinn at 1:11 AM 2 comments: