"[M]en are always powerfully affected by the immediate past:
one might say that they are blinded by it."
-- Hilaire Belloc

Unless you are fractal, scale matters.  Percival Lowell thought he saw canals on Mars.  Partly, this was because he wanted to see canals on Mars; but partly too it was because at the scale his telescopes could resolve a bunch of otherwise unconnected dots seemed to form lines.

Consider Seurat's A Sunday Afternoon on the Island of La Grande Jatte. It is no coincidence that quantum mechanics developed not too long afterwards. Quanta were in the air, so to speak and artists often intuit before scientists think.

From a certain distance, we see a solid picture.  But now focus closely on the dog.  Look at the location just above the dog, at the edge of the shadow.  Look closely.
Now look closer still at the actual paint:

and what was one a solid picture has resolved into teeny quanta of individual color. Nevertheless, as the 'canali' on Mars, these points coalesce into a picture. The itch that wants to be scratched is whether that picture is an illusion [Lowell's canals] and when it is real [Seurat's picture].


One possibility is human intention. One school of thought holds that intention is not real and beings only do what external laws of physics cause them to do. (There are also those who hold that causation is unreal, which makes cons in which both gather an interesting object of study.)

A lever to move the world.

Archimedes is said to have claimed that, Πᾷ βῶ, καὶ χαριστίωνι τὰν γᾶν κινήσω πᾶσαν. (Give me a place to stand and with a lever I will move the whole word. (The Library of History of Diodorus Siculus, Fragments of Book XXVI, as translated by F. R. Walton, in Loeb Classical Library (1957) Vol. XI.) This is 1st cent. BC, two centuries after ol' Archie. So the historian may wonder if he ever actually said this.

The rest of us will wonder, where is this privileged standing place?And how long of a lever?

So what has this got to do with statistics?

A good question. No time plot is worthwhile without a reference line of some sort. Some choice choices include:

Here is a long-view of global temperatures and carbon dioxide running back to nearly 450,000 years before present (ybp). Temperatures and CO2 are reconstructed from Antarctic ice cores. The centerline is the mean temperature for 1960-1990. The graph shows the world coming out of an ice age (again.) The normative period indicates 1) when must of us were kids and 2) when thermometer records became reliable in First World countries.

The Shadow of the Dog

Here is a closer look at temperatures and CO2: The Greenland ice core data since 11,000 ybp:

The upper chart is  reconstructed temperature and shows (vertical green stripes) the a) Minoan, b) Roman, c) Medieval, and d) Modern Warm periods.  In between are the 1) collapse of the pristine states, 2) the collapse of the Han and Roman empires, and 3) the Little Ice Age.  Except for the Warm Period spikes, the overall trend since Minoan times has been downward.  Each Warm spike is cooler than its predecessor; except possibly the current one, which has gotten back to medieval and even maybe Roman temperatures. However, we should beware of comparing temperatures obtained from thermometers to those obtained from ice cores.

The lower chart is of atmospheric CO2, also from the ice cores. CO2 began increasing starting about 7000 ybp, at the same time the temperatures were cooling off, although the CO2 stops short of the temperature chart. This may be an artifact of the method of sampling the air trapped in bubbles in the ice. There is no appreciable correlation with the Warm spikes. We might also wonder whether this trend is localized to the northern hemisphere, or even just to Greenland. (Or whether the previous Vostok ice cores represent only the southern hemisphere and/or Antarctica.)

(This also illustrates the technique of Stacked Charts, versus the first look, which illustrated the technique of Overlaid Charts. TOF prefers stacking charts unless both are of the same kind of data on the same scale. Charts with dissimilar scales can be confusing, although TOF has used them of occasion.)

A closer look still -- at a 140 ybp scale -- and the temps once more seem to match the CO2.  These are not the raw thermometer data. They have been kriged and otherwise adjusted to accommodate missing station data and apparent outliers in the numbers (e.g., uncalibrated or broken thermometers, heat island effects, etc.)

The question arises: which scale is the right scale for considering these things?  Look too close and random fluctuations loom as stupendously important; look too broadly and you see canals on Mars. 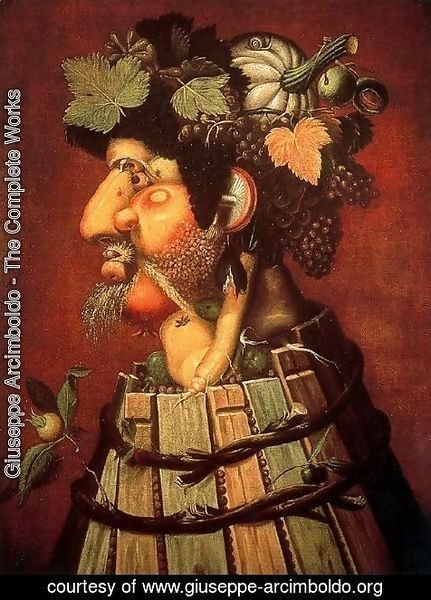 Posted by TheOFloinn at 6:13 PM