How does Wright write right?

The worst thing a writer can do is add some element to his story merely because the real-life events on which the story is based actually happened that way. Real life is not realistic. Real life is filled with strange and baffling coincidences. Real life is startling and defeats all expectations and accounts. In real life, the wicked prosper and the good are punished. In other words, real life is not believable. If you must introduce a realistic element in a story, by which I mean an unlikely and impossible coincidence, then introduce it at the beginning, or make up some believable excuse to shoehorn it into your tale in a fashion the readers will accept: such as a gypsy curse.

Labels: quote of the day, skiffy 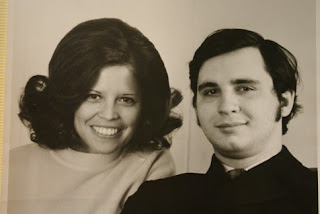 Posted by TheOFloinn at 4:20 PM No comments:

Now This is Fun

Posted by TheOFloinn at 12:52 AM No comments: 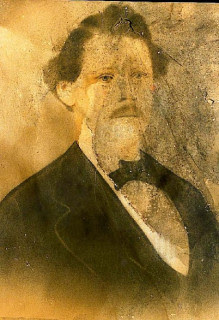 
Why there were two Marys and two Martins is suggested by their baptismal dates: 1842 and 1844 for the first two, and 1850 and 1853 for the second two.  What happened between Martin 1 and Mary 2 was the Great Hunger.  It is not a stretch to suppose that the first Mary and Martin died in the famine.
﻿
Read more »
Posted by TheOFloinn at 11:21 PM No comments:

Why amateurs should avoid tampering with a system devised by folks way smarter than they are:

The General Court of Massachusetts "is poised to give final approval this week to a new law intended to bypass the Electoral College system and ensure that the winner of the presidential election is determined by the national popular vote," the Boston Globe reports:

Under the proposed law, all 12 of the state's electoral votes would be awarded to the candidate who receives the most votes nationally.

If only they'd thought of this 40 years ago, Richard Nixon could have won 50 states in 1972.
So, call it the "MASS Voters Should Just Stay Home Law," because they could vote unanimously for, say, a Democrat, but would be forced to cast their ballots for a Republican if the Republican did well outside the Northeast.

Posted by TheOFloinn at 6:12 PM No comments:

Paste a sample of your writing into the box here: iwl.me/b/d7939cdb

and it will tell you which other writer your text resembles.

I tried out the opening scene from IN THE LION'S MOUTH


The winds whistling o’er the breasts of the Dōngodair Hills carry much of the loneliness that can be found in those remote peaks and scatter it like pollen across the eastern plains, so that the Beastie boys, and the Nolan Beasts they tend, suck it in with every breath, and even the bluestem and inching grass, and the rip-gut in the wet bottomlands whose leaves are serrated knives soak up despair like sunshine and release it to the breeze.  Thus it is that the rustle of the tallgrass can wring a sigh from a strong man and drive a lonely woman to weeping. .............
and was told I write like someone named David Foster Wallace.  I prefer to think he writes like me.  He wrote a book titled Brief Interviews with Hideous Men which is a title that I would have loved to have thought of for myself.

Let me try another section of the book.

Read more »
Posted by TheOFloinn at 1:18 PM No comments:

Beware the Awesome Mega-Blimp of Death! America's battleship of the skies!

Read more »
Posted by TheOFloinn at 3:15 PM No comments:

The Mean Streets of Old Alexandria

A linked series of posts on the LJ site beginning here: http://m-francis.livejournal.com/159500.html

Posted by TheOFloinn at 12:47 AM No comments:

From a common argument:  “Evolution shows that human life does not have a privileged value”.

Say it’s true that the process of evolution gives no value to human life. It would be odd to think it was supposed to. The process of baking doesn’t set the value or price of chocolate cake either.

Posted by TheOFloinn at 3:18 PM No comments:

comes on the 11th this year.

On the 8th of July 1776, the Declaration of Independence was read aloud in public in Philadelphia, Trenton, and in Easton PA.  Easton held a public celebration.

The Easton Flag.  Said to be the device displayed on 8 July 1776
The flag itself, preserved at the Easton Public Library, can be authenticated only to the War of 1812, when it was carried by Capt. Horne's Company of the City Guard.

The event is celebrated as Heritage Day, and includes a public reading of the Declaration, song and dance, and a big fireworks display on the river.

Read more »
Posted by TheOFloinn at 2:57 PM No comments:

1. Bale Star.  I am writing up a proposal for a fifth Firestar book.  I am leaning toward Bale Star as a title, suggested by a couple of folks.  Captain Rosario will feature.  So will Chase Coughlin's son.  So will Sojourner Truth.  Some chapter titles come to mind:
The Search for Truth
In Panic Town on the Backward Moon

Perceptive and faithful readers of Flynn will recognize this as the idea behind the story "The Feeders" in The Forest of Time and Other Stories.  Except that when the flying creatures feasted on the emotions, the person did not suddenly lose them.  And the story was not comic.

Posted by TheOFloinn at 7:23 PM No comments:

To celebrate, let's all sing together the anthem we had unofficially before the Star Spangled Banana; viz., Columbia, the Gem of the Ocean:

Read more »
Posted by TheOFloinn at 12:55 AM No comments: 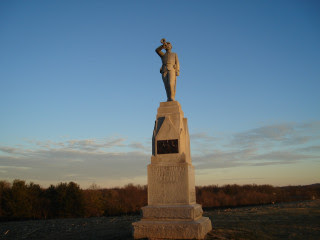 Read more »
Posted by TheOFloinn at 8:34 PM No comments: