which we were, there is this:

h/t Mark Shea
Posted by TheOFloinn at 9:05 PM No comments:


“It seems to me, then, that by 2000 AD or possibly earlier, man’s social structure will have utterly collapsed, and that in the chaos that will result as many as three billion people will die. Nor is there likely to be a chance of recovery thereafter.”
Isaac Asimov

This was written during the Carter Administration.  h/t Jerry Pournelle
Posted by TheOFloinn at 8:43 PM No comments:

The Translation of Thomas Aquinas

Today is the feast of St. Thomas Aquinas.  Do something logical in his honor.

Now properly speaking, it is the feast of his translation; that is, when his remains were moved (28 January, 1369) from the site of his death to the Dominican Church in Toulouse.  Just as the Marines do not leave a man behind, neither do the Dominicans.

The feast was initially celebrated, as is traditional, on 7 March, the data of his death, and is so-listed in older missals.  However, this resulted in what is called a "clashing of feasts," since 7 March was also the date on which Perpetua and Felicity were martyred.  The Feast of St. Thomas demoted them to a Commemoration.  So in 1969, Tom was moved to his translation date and Perpetua and Felicity restored to a place of greater honor.  (They are, after all, among those mentioned in the roll call of the ancient Roman Canon used in the Mass.)

Oddly enough, there were no festivities in the streets today.  But then this is no longer the age of reason that the middle ages were.  There is a humorous comment on that situation, here.

However, the Angelic Doctor keeps turning up in odd places, often accompanied by his old pal the Stagerite.  Today's unexpected appearance is here: Nonlinear Brain Dynamics and Intention According to Aquinas

Read more »
Posted by TheOFloinn at 11:06 PM No comments:

Sold an alternate history novelette to Tor.com, an on-line magazine.  Set in medieval Ireland.  When it goes up, I'll let you know. 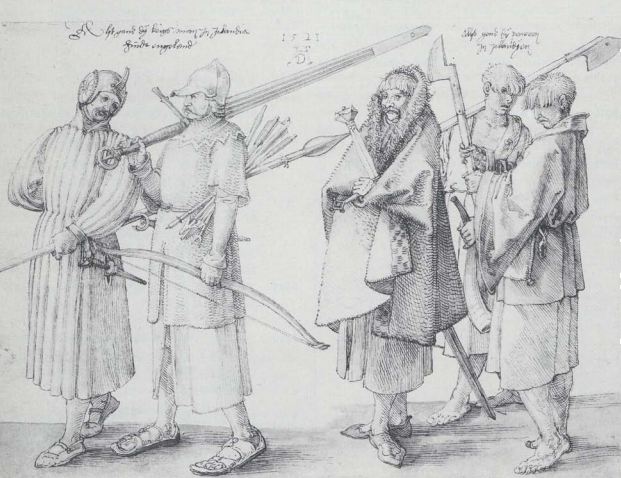 Posted by TheOFloinn at 8:47 PM No comments:

Galileo is often set up as the poster boy of the scientific revolution; but as a couple of posts at The Renaissance Mathematicus point out:


all of the telescopic discoveries for which Galileo is famous were made independently by other observers in the same period and if he had never existed it would have made little or no difference to the development of telescopic astronomy.

What Galileo was especially good at was seizing credit and virulently attacking anyone who contested with him.  A summary of the essays at The Renaissance Mathematicus plus other material from the Galileo Project follows.  The Renaissance Mathematicus site is a marvelous one for anyone interested in the history of science.  The more detailed essays can be found at the links below.


The Sunspots -- A Chronology
Chinese, Islamic and medieval European observers had noted and recorded sunspots by naked eye observations over the centuries.  But these had no impact on the development of astronomy.  Astronomers back then were interested in the motions of celestial bodies and not their physical properties.  Astronomy in the West was not even considered part of physics, but as a part of mathematics.  In China, it was simply arithmetic.  Also, the sun was considered to be pristine and so the sunspots were seen as clouds, planets, et al.

Some noted sightings include:

Read more »
Posted by TheOFloinn at 8:32 PM No comments:

When politicians use imagery tinged with violent and military connotations - like "campaign" or "targeted" or "behind enemy lines" (when speaking of opposing politicians who have won in "our" territory) is it any wonder if some take it too far?

Remember when a late-night comedy show portrayed a picture of the president with a gunsight superimposed and the caption "snipers wanted"?  Or when a prominent actor called for the death of a prominent congressman - and his whole family?  Then we have this map of targets "behind enemy lines" with its ominous bulls-eye target symbols.  Enemies, note; not opponents.

Rather incendiary.  No wonder the media jumped right on it.

Read more »
Posted by TheOFloinn at 5:09 PM No comments:

James Hannam at Quodlibeta wrote a delicious parody of a certain style of amateur writing, which I am pasting here.  Some of his comments are presented afterward to aid others in fabricating fantasy history.  You can try the game with Against Socrates, Against Plotinus, etc.

To ask whether or not the great Carthaginian general Hannibal ever actually existed might seem rather pointless. It might be an exercise for a student learning about the nature of historical evidence, but not something any serious scholar would waste time on. But maybe we should not be too hasty in acquiescing with the opinion of establishment historians.

In fact, although there is plenty of writing about Hannibal, none of it is contemporary and there is no archaeological evidence for him at all. Furthermore he is not mentioned in any Carthaginian sources, which is incredible, given he was supposed to be their greatest leader! We find when we actually try to pin him down he tends to recede further into the mists of time. His exploits, such as leading elephants over the Alps, are clearly legendary and it is not hard to find a motive for the creation of this colorful character by Roman writers.

is the Japanese title for Eifelheim.  Here is the cover ("top" and "bottom"): 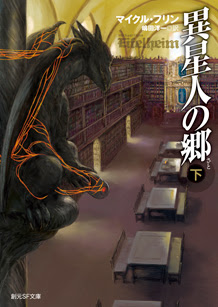 The info for those who read Japanese is here:  A page which confirms my faith in Google Translator not at all.

Posted by TheOFloinn at 4:11 PM No comments: 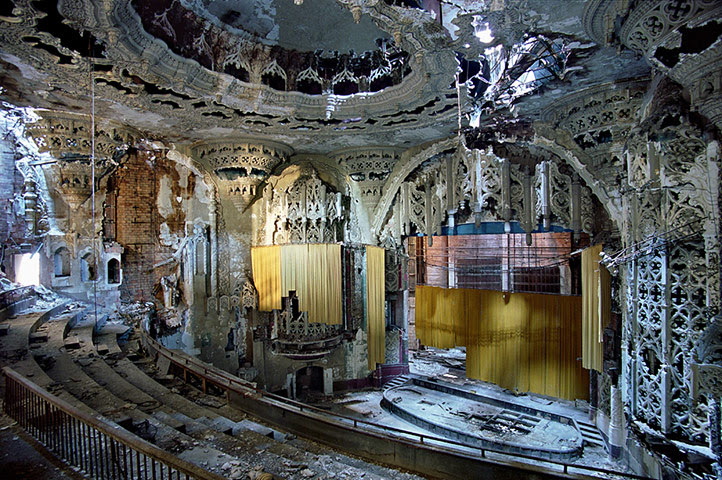 The ruined Spanish-Gothic interior of the United Artists Theater in Detroit.
The cinema was built in 1928 by C Howard Crane, and finally closed in 1974


Detroit in Ruins is a photo series of once-important buildings in a once-important city.  Click the link for more.  Philadelphia, Atlanta, Newark, Chicago, Boston, Baltimore, Pittsburgh...  (And London, Paris,...)  They aren't like this.  Not yet.

More than any other city, Detroit has imploded and collapsed.  It was once the heart of urban, blue-collar America, back when "urban" and "urbane" were cognate.  Rome must have looked like this, after the Vandals came through.

Perhaps the saddest picture of all is the East Side Library. 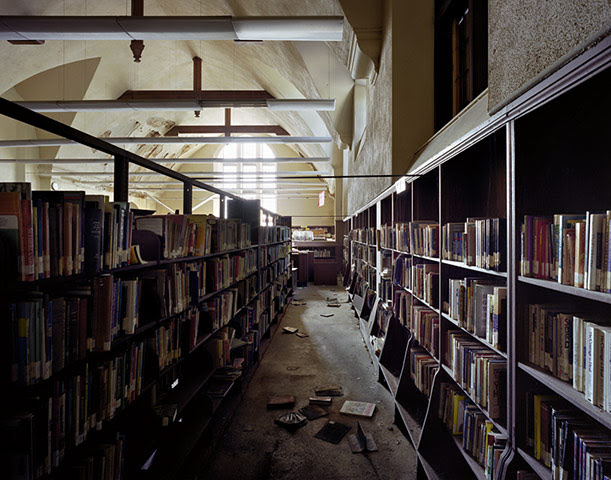 Explain the Internet to a Dickensian Urchin

Well, I've started in on a novelette intended for a collection of related stories, tentatively entitled Captive Dreams.  It is to include "Remember'd Kisses," "Melodies of the Heart," and "Captive Dreams." The first two had been previously collected (in The Nanotech Chronicles and in The Forest of Time, resp.) but the third has never been collected.  The conceit is that the main characters all live in the same neighborhood and make brief appearances in one another's stories.

A fourth story, "Buried Hopes," is in preparation in order to fill out the book, and I may need to write a second original story as well.  For some reason, however, the other story I have in mind -- "Hopeful Monsters" -- I would rather try at ANALOG.

In any case, here are the opening paragraphs:

Read more »
Posted by TheOFloinn at 5:01 PM No comments:

It's Always in the Last Place You Look