This is a continuation of ruminations on the use and understanding of models that began with Part I and continued (as you might suspect) through Part II and Part III to reach this Part IV. One can only wonder at what might come next.

In partes priores, we learned that as science proceeded from matters of organized simplicity (a few elements connected one to another) to disorganized complexity (many elements acting randomly) to organized complexity (many elements organized into patterns), the scientific approach progressed from mathematics (e.g., Boyle's Law) to statistics (e.g., thermodynamics) to models (e.g., general climate models). As it did our understanding of the phenomena decreased. It is easy to understand:

and nearly impossible to understand complex nondeterministic models having millions of degrees of freedom.  For example, says Judy Curry:


if a model is producing shortwave surface radiation fluxes that are substantially biased relative to observations, it is impossible to determine whether the error arises from the radiative transfer model, incoming solar radiation at the top of the atmosphere, concentrations of the gases that absorb shortwave radiation, physical and chemical properties of the aerosols in the model, morphological and microphysical properties of the clouds, convective parametrization that influences the distribution of water vapor and clouds, and/or characterization of surface reflectivity.

The following is from a sketch of a novelette intended to mimic John Lukacs' book A Thread of Years, only being instead a series of vignettes of the "future" instead of the past. This dialogue between two imaginary commenters follows a snip from Firestar, namely the first test-launch of a Plank on a secret facility on Fernando de Noronha. The scene supposedly takes place in AD 2000 and since the events have long been superseded by reality, the future status of my own 'thread of years' is now problematical. We are dreadfully behind schedule.

I should write faster.

I may end up doing it anyway, but change the years involved....

“Ah, yes.  The well-known scene on Fernando de Noronha.  You have picked a fitting image to start the new age with.  The beginning of cheap access to space.”
Cheap is a relative term; but that is not why I have chosen this vignette.
“Why then?”
Because it marked a turning point of another sort.  It marked the beginning of the ebb of the Phildelphianizing of American society.
“An awful word.  You will explain that, I think.”
The cult of safety was a very Philadelphian thing.  It marked the city as different from New York, or even Boston.  That was partly the Quaker influence, as Lukacs observed.  ‘The desire for safety, sometimes so rigid as to be uncomfortable.’  And very often coupled, as he also noted, with a lack of foresight and with a reluctance even to discuss unpleasant things.
“That is not much of an explanation.  And besides, those who pushed for safety -- and I know you are speaking of the asbestos panic, the dioxin panic, and other millenarian episodes of the fin de siècle -- These people seldom exhibited a reluctance to discuss unpleasant things.  Indeed, the problem was often to get them to shut up.”
You are not being entirely fair to them.  Remember, the cult of safety found its acolytes in all walks of life, not only among the professional doom-criers.  Most people never shouted or demonstrated or brought suit; but they held the belief that nothing bad should ever happen to them and that, if it ever did, someone else must be at fault.  At least their lawyers said so.
“A cheap shot, that.”
But worth the cost.  Now, there were some genuine problems.  As the frontiers of knowledge advanced, we learned of hazards that were previously undetectable, but no less real.  Yet gradually the desire for safety, for ‘not rocking the boat,’ grew to include how your neighbor painted his house, or overhearing unkind words spoken by others.  People clamored for laws to protect them from other people’s speech, and from their awful tastes in decoration.  But when I said there was a reluctance to discuss unpleasant things, I meant the reluctance to discuss.  When people are too comfortable with their beliefs, contrarian views can be discomfiting.  To cite some troubling examples, at Penn, at Rutgers, at Cornell, and several other campuses, politically conservative student newspapers were sometimes stolen and burned.
“You are saying it was an age of liberalism run amok?”
Hardly.  There is nothing liberal about burning newspapers or books.  It was not the politics that mattered, so much as the desire for safety and comfort, and that includes safety in one’s beliefs.  Liberals were not alone in that desire, only more articulate.  There were things that made conservatives uncomfortable and which they, too, thought they could legislate away.
“And the test flight changed all that...”
You sound skeptical.  No, the test flight changed nothing in that sense, but it did symbolize the change.
“Ah, your well-known penchant for symbolic events.”
If you insist.  What mattered most about the test flight -- and, you’ll note, what most bothered the watchers -- was not proofing the design, but that a man had risked his life to do the proof.
“That was a generational thing.  The test pilots were younger.  They were more inclined to take a chance than their elders.”
Certainly.  The “Latchkey Generation.”  They were raised almost without parents.  Some of them no doubt thought they were living on borrowed time to begin with.
“The ‘Mean Streets’?”
In part, perhaps.  But remember what the poet wrote: “Our parents took pills not to have us/A third of us never got born.”  What do a few risks matter when just being born means you’re a survivor?
“I think that’s a stretch.  Besides, how does that square with the cult of safety?”
Remember, I said that the desire for safety was often coupled with a lack of foresight.  For example, when some mothers in New York kept their children home because insulating asbestos had not been removed from their schools, the children spent the day playing stickball in the streets of Manhattan.  Paradoxically, the search for lower risks often created higher risks.
“Very well.  But I think you have missed a point in your vignette.”
And what is that?
“That if the ship did not hear the telemetry and crashed, the telepresent operator, rightly or wrongly, would bear the onus of failure.”
And so he sneaked aboard from self interest?  Perhaps.  But I like the explanation his colleague gave.  He said that his friend climbed into the test ship ‘because that is what he does.’
+ + +

"While the capitalist mode of production has done a great deal to accelerate the development of technology and increase the availability of consumer goods in the last few centuries, it has outlived its usefulness and has in fact become destructive. Inequality, unemployment, financial crises, and environmental devestation [sic] all point toward one inevitable conclusion: we must get rid of capitalism, once and for all. Hence we ask that the President work with Congressional leaders to develop a more just and sustainable economic system not based on the profit motive or the exploitation of waged labor."--petition, WhiteHouse.gov, April 22, 2014

The problem of waged labor is instantly solved, and no one will be working to make a personal profit. Next.

TOF is not sure exactly what IKEA rolled out, but he is pretty sure it is not a MEATball.

The series of posts on the hazards of model-building has proven to be goat barbecue. The more TOF chews it, the more it swells in size. The next episode, covering various uncertainties regarding the choice of Xs and the model structure will be along Real Soon Now. But today in a paroxysm of sheer will-power we will discuss....

TOFs Faithful Reader, who already experiences free will, will consent to follow along. Those who deny free will cannot help but follow along, as they are driven by external forces as the wind doth blow the fallen leaves of a darkling wood.


Aside: a puckish notion occurs to TOF. What if the will-denialists are right and they really do lack the intellective appetite? That is, while we-uns are metaphysical humans, they-uns are philosophical zombies? Much would be thereby explained; especially behaviors like the frequent repetition of identically-worded cant phrases, as we would expect to hear from creatures that possess imagination but not intellect. But this supposition requires much reflection, as it is contrary to dogma. Also, it is really mean.

Today's meditation is motivated by a comment by a frequenter of this site who goes by the monofrydian name of OneBrow, who has written: 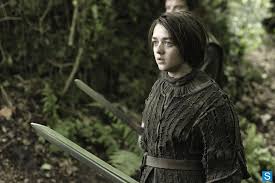 Email ThisBlogThis!Share to TwitterShare to FacebookShare to Pinterest
Labels: history

"Reasons Why Christ Suffered"
"Furthermore men of all ranks and conditions were gathered together against the Lord, and against his Christ. Gentiles and Jews were the advisers, the authors, the ministers of his passion: Judas betrayed him, Peter denied him, all the rest deserted him. ... In this guilt are involved all those who fall frequently into sin; for, as our sins consigned Christ the Lord to the death of the cross, most certainly those who wallow in sin and iniquity crucify to themselves again the Son of God, as far as in them lies, and make a mockery of him. This guilt seems more enormous in us than in the ancient Jews, since according to the testimony of the same Apostle: if they had known it, they would never have crucified the Lord of glory; while we, on the contrary, professing to know him, yet denying him by our actions, seem in some sort to lay violent hands on him.”

Catechism of the Council of Trent, XVI cent. 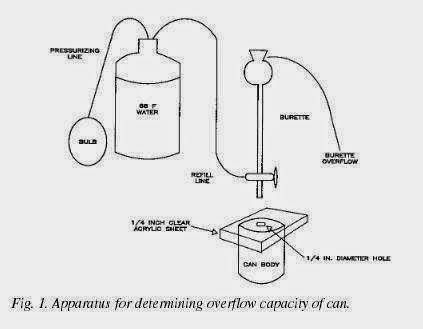 Headline of the Week
"So the interesting question is, why did infidelity continue to rise even when divorce became available and accepted and nonstigmatized?"

Why, indeed? 'Tis a puzzlement.

From Where Else Might Such a Thing Erupt?
"Major Solar Flare Erupts From the Sun"


Hey, Maybe We Should Do This More Often!