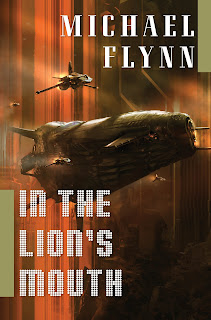 Email ThisBlogThis!Share to TwitterShare to FacebookShare to Pinterest
Labels: kool, quote of the day, science marches on, untergang des abendlandes

Email ThisBlogThis!Share to TwitterShare to FacebookShare to Pinterest
Labels: scrivening, the writing life

Now the ultimate Beginning of any story, that part which comes at once to the reader's attention, is the title.  From the point of view of interest, a good title is, then, your first consideration in arousing the reader's interest.  The title should be arresting, suggestive, challenging.  Kipling's "Without Benefit of Clergy" has all these requirements.  So has Barrie's "What Every Woman Knows."  So has Henry James's "The Turn of the Screw."  So has O. Henry's "The Badge of Policeman O'Roon."  So has John Marquand's "A Thousand in the Bank." ..... You may say definitely that the first device for capturing interest is in the selection of a title which will cause the reader to pause, which will whet his curiosity.
Read more »
at July 07, 2011 5 comments:

Email ThisBlogThis!Share to TwitterShare to FacebookShare to Pinterest
Labels: scrivening, the writing life