They are supposed to be "intellectual," but most simply rely on specialized knowledge.

I have told #6 in stat training class, but without the biologist and chemist, whose presence in the joke violates parsimony.  Also #5 in different contexts.
Posted by TheOFloinn at 3:28 PM 7 comments: 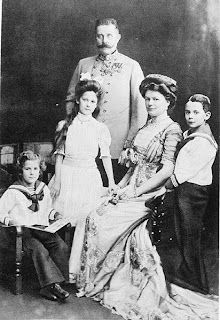 Posted by TheOFloinn at 3:57 PM No comments:

There is a new excerpt on BOOK AND STORY PREVIEWS from "The Journeyman: In the Stone House."

In it, Teodorq sunna Nagarajan and his companion Sammi o' th' Eagles have been captured by the ironmen, who have come down to the lowlands from the great plateau that rims the north of World.  Also captured is Karakalan sunna Vikeram, who has been stalking Teo in vengeance.

Teo and Sammi are being questioned by the Wisdom, advisor to the kospathin of Cliffside Keep.  His niece (the kospathin's daughter) is sitting in.

This story is done in first draft and is presently being reviewed by yr. obt. svt.  A third Journeyman story, "The Journeyman: Against the Green" is also done and is also awaiting review and revision.

After this, the sciatica having subsided, I am getting back to The Shipwrecks of Time.  Been a long time since we saw Frank, Carol, Wilma, and the Peruzzi Manuscript.
Posted by TheOFloinn at 9:28 PM No comments:

Thought for the Day

The desecration of this feast [Nativity of John the Baptist] in Quebec began around the time of the uprising in 1837. It developed into the, by now, commonplace modern story of the appropriation by nationalists of what never had belonged to them. By increments it became what it is there today – the fully secularized “Fête nationale du Québec,” associated with demonstrations of power & aggression, riot & ugliness, violence & satanism. Nationalism, & its handmaid socialism, became the new “religion of man,” again overwriting the most ancient customs. Its own defining light is that which glints from the blades of the guillotines at Paris...

Posted by TheOFloinn at 3:21 PM No comments:

A while back TOF mentioned the discovery of a folder containing poems written in high school and college years, the years when all young men are poets - or try to think they are.  TOF threatened at the time to post one of these Lost Gems of the Poetic Art here.  You have been warned.

Herewith a telling of a medieval Irish legend, part of a set portentously labeled Mythologies.

Mochua lived, a holy man,
In a wilderness in Ireland.
He lived by the rule of poverty:
Of his comforts, he numbered three.

He had a mouse, a cock, a fly
Most helpful in his care.
The cock awakened him betimes
To bring him to his prayers.
The mouse would nibble at his ear
If the cock he did not hear.

The fly, so nimble and so light,
Across the page would race,
So Mochua, as he prayed at night,
Would never lose his place.

But Time, as with all mortal ills,
Ran out upon these three;
And when at last they came to die
The monk wept bitterly.
"Oh, when to wake!  Oh where to chant!
My world is all upturned!
Oh, where to find three like those three
To learn what they had learned?"

On far Iona, Colum Cille
Heard old Mochua's cry,
And in reproof he wrote to him
And said, "O brother, why
Thou shouldst have known this by thyself:
That worry follows in the wake of wealth."
Posted by TheOFloinn at 9:54 PM 1 comment:

If the Only Tool You Allow Yourself is a Hammer...

...you'll have a hard time painting your ceramics.

Ed Feser, over on his philosophy blog, makes the following useful observation:


[T]he problem [of consciousness] is a problem in principle, and ...it isn’t going to be solved by further application of existing methods precisely because the problem is generated by the application of existing methods.  ... [T]he problem of consciousness is a result of the move Galileo, Descartes, and Co. made of taking color, sound, heat, cold, and other sensory qualities out of the material world and relocating them in the mind’s experience of that world.  Having thus made matter essentially devoid of qualia and qualia essentially immaterial, there is no way on this picture of things you are ever going to “naturalize” qualia.  You are stuck either with a Cartesian-style dualism ..., or with an incoherent eliminativism.  (Incoherent because the qualitative experience whose existence you will be denying in the name of science forms the evidential base of science -- a problem Democritus and Schrödinger saw but Dennett does not, pushing ... his usual line that consciousness is an “illusion.”)  The only true solution to the problem is to see that the post-Cartesian conception of matter does not capture the entirety of its real nature in the first place, but is merely a useful simplification.

Or to put it another way, materialism does not even completely account for matter.


There's Another Cow Off the Ice

The Hermeneutics of Perry Mason

These are the rules, gleaned after a weekend-long Perry Mason marathon on cable.

Read more »
Posted by TheOFloinn at 12:28 PM No comments:

In "Beyond the Brain," NYT op-ed columnist David Brooks makes the quotidian observation that mind is not brain.[1]  He is not the first to do so.  Searle, Kuhn, Lucas, and others have walked this ground before him.  He points out that:

TOF will be autographing and reading from On the Razor's Edge at the Rt.33 Barnes and Noble at 7PM on 2 July 2013.  Be there or be square. 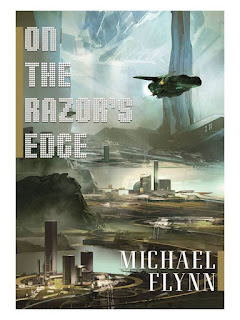 We are all descended from a long line of fathers:

1. Martin Flynn of Loughrea, was the father of:

So wrote Cicero in De officiis I.10.33.  It translates as 'maximum justice is maximum injustice.'


Prof. Barbara Oakley, of Oakland University, Rochester, MI, whom TOF cannot resist calling Oakland Oakley, has published a paper yclept: "Concepts and Implications of Altruism Bias and Pathological Altruism," in the Proceedings of the National Academy of Sciences.  The eight pages of the paper manage to accumulate 110 footnotes, so it is an impressive feat.  Or an impressive foot.

Pathological altruism is "altruism in which attempts to promote the welfare of others instead result in unanticipated harm" with the proviso that while the altruist does not foresee harm that "an external observer would conclude was reasonably foreseeable."  This can be summed up in the great Battle Cry of the Besserwissers: "What could possibly go wrong?"  (Followed sooner or later by the plaintive "How were we supposed to know?")

TOF ran across this comment in a comm box during his morning Internet run-through:


gxxxxxreader101
From what I hear in the mainstream media, and what I hear from scientists themselves, they and their adherents are pretty certain that science is the only sensible way of looking at the world.  Scientists may believe that there is an infinite amount to discover, but they are absolutely certain that it can be discovered through science...and nothing else.

The which neatly summarizes the coherence problem.

No, no, not those kinds of final remarks; rather remarks about finality.

You may either express relief or horror as the spirit moves you.

One of the things that most confuses the modern (and therefore the post-modern) mind is the notion of finality in nature.  Ever since Descartes decreed that henceforth -- because they could not be used to produce useful products for industry -- formal and final causes did not exist, the backfill required to cover over the conceptual collapse has muddied up the picture considerably.  Today, few even understand what these meant.

Part of the problem is the supposition that a philosophy of nature is in competition with natural science, as the term is used today.  Hence, the complaint that the pursuit of natural science is not facilitated by formal and final causation.  But this is simply due to a methodological choice.  It is like deciding a priori that the only thing worth knowing of a physical body is its weight and then declaring that a thermometer tells you nothing about how heavy the body is.  The choice made four centuries ago was that only metric and controllable efficient causes were worth knowing -- because only the metric and controllable causes would further the new goal of the new science; viz., the extension of Man's Dominion over the Universe.  Hence, all other efficient causes, as well as all formal and final causes, and even material causes, disappeared from the Weltanschauung.  But that the blinders worn by a race horse do not permit seeing certain things does not mean that those things do not exist in nature.

Having generally saved up quotations and such that have caught his eye, TOF now dumps them in yours.


When Women Were Chattel and Kept in Ignorance

"One day, I was sitting in my study surrounded by many books of different kinds, for it has long been my habit to engage in the pursuit of knowledge."
-- Christine de Pizan (1364 – c. 1430), The City of Ladies

(Christine initiated the first public literary debate in French letters by a trash review of the Romance of the Rose.)

The smaller a man’s mind, the easier it is to drive him out of it.
-- David Warren


The Ill Fortune of Good Fortune


Is Are Children Learning?

Day care is how we prepare our children for the day they'll decide to dump us in nursing homes.
-- Ishmael Alighieri

If you don’t have a target it is futile to take aim. It is worse to shoot. It is insane to ask strangers to pay for your arrows.
-- Wm Briggs, Statistician to the Stars

“We can’t derive an ‘ought’ from an ‘is’; therefore we ought not to try.”
-- James Chastek


It's the Little Things that Count

(The fallacy of the Argument from Relative Size)
+ + +


The Unlikely Hero of the Postmodern Progressive:
Hey, He's a Transgressive Atheist!

If we cast a look a century ahead and assume that my assassination of two thousand years of opposition to nature and of dishonoring humans succeeds, then that new party of life will take in hand the greatest of all tasks—the higher breeding of humanity, including the unsparing destruction of all degenerates and parasites.
-- Fred Nietzsche, Ecce Homo

(One may always depend on Crazy Fred to shed a sentimental tear or two.)

”Education should aim at destroying free will so that after pupils are thus schooled they will be incapable throughout the rest of their lives of thinking or acting otherwise than as their school masters would have wished.”
-- Johann Gottlieb Fichte (1762 – 1814) Addresses to the German Nation.

(The inspiration of Horace Mann and other modern educators.)


There is one major error: Copernicus was  neither a priest nor an astronomer.  He was a canon lawyer (and medical doctor and economist) who pursued mathematical astronomy as a hobby.

And at the Onion, America's newspaper of record, we have a columnist who pines for the 60s.


Again, one major error: medieval women were not regarded as chattel.

The essence of what Jerry Pournelle calls 'the voodoo sciences' is pithily encapsulated in this bon mot:


The word 'science' is used equivocally in the academy to describe both what a chemist does and what a psychiatrist does, even though the chemist would be laughed out of his profession were he to base his claims on 'insights' like those of the psychiatrist.
-- Joseph Moore, Yard Sale of the Mind
Another way to Think About Science in Academia