But what is one to do when there are two (or more) reference frames from which one may view the world?  Declare one the Privileged Reference Frame and all the others wrong?  Is the way in which a vintner views a grape superior to the way in which a chemist does so?  Or do we look at life from both sides now?  (Hey, there could be a song in that, you think?)

Consider the irony in The Game of Spock and Bones.  In the 19th century, it was the medical doctor who was the paradigm for the skeptical materialist.  Because he achieved success by treating the human body as being like a machine, the doctor often fell into the trap of believing that the human being was a machine.

But every specialist in some corner of the World tends to see the entire World through the prism of his specialty:


I passed a little further on and heard a peacock say:
Who made the grass and made the worms and made my feathers gay,
He is a monstrous peacock, and He waveth all the night
His languid tail above us, lit with myriad spots of light.

Actual scientists are likely to appreciate humanism -- Pierre Duhem was also an artist -- but science fanboys, whether practitioners or peanut gallery, are likely to regard humanism as inept attempts to do science.  Just as the artists of the Renaissance and later thought the medievals had been trying and failing to imitate Greco-Roman architecture and sculpture, monocular science-fans see every question as a scientific question.  But it might could be that the Other is trying to do something else than what you are interested in.  A more realistic approach for the writer is that laid out by the inimitable James Chastek at Just Thomism:


In a famous passage in De Anima, Aristotle will describe the role of the one who studies life as having to account for both (what we would call) the ‘mechanical’ aspects of life and those that are less so: anger, says Aristotle, can be considered either  as a “boiling of blood around the heart” or “as a desire for revenge”. Clearly, if one was trying to develop drugs to treat anger, he would have to account for it in the same sort of way as the first account; if one were trying to deal with anger in a legal or moral way, they would have to account for anger more in the second way. Aristotle, however, says that the goal of the natural philosopher is to know life in both ways.

-- James Chastek, "What is the thomist account of ‘uniquely human’ traits?"

That is, portray people in your World as having multiple legitimate points of view.  Isn't diversity supposed to be good?

The trap for the science fiction writer when building a World (or even when visiting some past world) is to see the World from only one reference frame.  This is tolerable when writing from a particular viewpoint character.  For example, in Eifelheim the viewpoint character of Pastor Dietrich is that of a Paris-educated Thomist who had gotten wrapped up in a populist uprising some years before and was now more or less in hiding.  But it would be as much a mistake to suppose every denizen of a 14th cent. back-country manor to have been a rationalist philosopher as to suppose that every denizen of a 21st cent. city is a scientist.  A real World contains numerous points of view, not always in conflict but not always congruent.  George R. R. Martin is a past master of this, often showing the same events from the points of view of different characters with differing motives and backgrounds.

Chastek once said of a grape: "One and the same grape. The farmer, the connoisseur, the chemist, the poet and the broker all have an exact knowledge of what it is. How would it be desirable, necessary, or even conceivable to know even grapes by a single universal method or system?"

But even Dietrich lived in a World in which others -- Herr Manfred, Max Schweitzer, the miller and his wife, Gregor the mason,  Lawrence the smith, et al. -- approached matters from different viewpoints.  The challenge is to present their points of view with empathy and not turn them into spokes-heads for Right and Wrong ways.  No one is a villain in his own eyes, as Heinlein remarked. 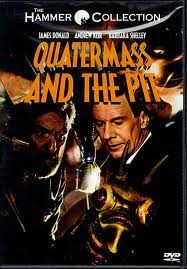 So your scientist-hero makes an invention, let's say.  Of course he sees it as Good.  But maybe someone else sees it as dangerous.  In Old Style SF, this Other would be presented as a villain or a fool.  But try this: the invention really does have dangers annexed to it: not necessarily technical dangers, failure modes, etc., but dangers in the intermix of the invention on society.  Short term disruption vs. long term benefits; or vice versa.  The trick is to show the antagonist as pursuing the good with total sincerity and to show that the bad spin-off effects really are a problem and the Hero is turning a blind eye to them.  Now throw in a third character who supports the Hero, but because he sees a personal opportunity to make a bundle out of it.  He does support and favor the invention, but for different reasons than the Hero.  And at some point he may come into conflict with the Hero.  Perhaps he wants to launch the invention sooner while the inventor wants to perfect it first.

This is not so much an essay on Characterization as one against cookie-cutter aliens, where by "alien" TOF means everyone who doesn't share the author's favored reference frame.  It is natural in science fiction to favor the scientific reference frame, but at the same time all too easy to treat non-scientifical characters with a dab hand.  Not everyone in Ancient Athens was a rationalist philosopher.  In fact, our understanding of the Greeks is skewed precisely because the medievals preferentially copied Greek works on logic, reason, medicine, natural philosophy over Greek works of history, literature, ritual, etc.  The Greeks themselves were wildly irrational.

To this end, I tried to portray the Krenken in Eifelheim as riven with factions, with Krenken of different races and nationalities, different occupations (crew, scientists, tourists) and different religious commitments.  They react to their shipwreck in different ways: despair, hope, anger, cluelessness, and while they share a common cultural disposition toward swift anger and strict hierarchy, they are not determined toward either of these things.  (Yes, even pseudo-insectile aliens have free will.)  While Dietrich (and the reader) cannot at first see these distinctions, lost as they are in the strangeness of the Other, they gradually become more and more clear.  Similarly, there are enough clues in the story to identify the village homosexual and the murderer of Max -- because not all 14th century Swabian peasants are alike, either.

The worst form of monocularitis is when the author imposes his own reference frame on the story not because he can't help seeing things from his own dispositions and experiences, but because he is using the story to grind an axe.  He either cannot or refuses to walk a mile in the Other's moccasins.  I am told that Philip Pullman did this with a trilogy called His Dark Materials, though I have not read much fantasy.  If true, this contrasts to the way Tolkien wrote The Lord of the Rings from a Catholic perspective without ever once putting anything overtly Catholic into it.  The novelist is supposed to portray people living their lives, not preaching them.

Tolkien does not have to tell us about the nobility of selflessness because he shows us Samwise Gamgee.  This is a meta-aspect of that ol' show-don't-tell aphorism usually applied to scene-writing.  But it applies more broadly than that.  James Jones wanted to show that service in a peacetime military led ultimately to the destruction of character.  Agree with him or not, he did not write From Here to Eternity as a series of speeches about the degradation of military life.  Nor did he portray every soldier and officer as irremediably evil and every civilian as saintly.  Instead, he showed the life of one soldier disintegrating before the reader's eyes.

It may also be that the author presents characters from other reference frames not as they are but as he thinks they must be.  Hence, they tend to be cookie cutter stereotypes.  Writers who majored in English Lit. might not portray scientists realistically unless they have hobnobbed with scientists.  Atheist writers might not portray religious characters realistically (or even have any in their story!).  Democrats might not characterize Republicans, nor Republicans Democrats as they are, but only as they think they are.  In one otherwise highly-regarded novel of the future, conservatives have gained power and imposed a religious tyranny because of course that's what Those People would do.  Now, the most bitterly anti-religious guys I met were political conservatives and the most liberal activists were also religiously committed.  So life is not nearly all that simple.  (TOF is old enough to remember when the Democratic Party was called "the secular arm of the Catholic Church."  Yikes!)

One of the things I tried to do in the Firestar series was to counter the tendency to show people who were "wrong with respect to A" as being necessarily "wrong with respect to B, C, and D" as well.   And vice versa, too.  The good guys must show right-thinking on all the hot-button issues of today, which is why we find women from ancient cultures portrayed as feisty, stand-up gals from the modern age.  And one way of designating the good-guys is to show them as "sensitive 90s kinds of guys in touch with their inner feminine."  But if the bad guy need not be all bad, the good guy need not be all good.

Suppose you wrote a story about a poor struggling artist devoted to his late mother.  He becomes homeless, hungry on the streets of the big city, sleeping in shelters or under bridges, selling cityscape watercolors to small-time vendors.  He is a vegetarian and believes in animal rights.  He is vehemently anti-smoking. His homosexual tendencies come out when he is forced into close quarters with other men during a war and for the almost rest of his life he never marries.

At what point do you realize that you are writing about Adolph Hitler?

Recall that Citizen Kane began his career as an ardent reformer.  Well-portrayed people are always a mixed bag.  Welles made a movie about Kane, not about tycoons.  TOF tried to write about Dietrich and the Kratzer and Hans and Manfred, not about medieval priests and aliens and knights.   We read about Frodo and Sam and Merry and Pippin, not about Hobbits -- because not all Hobbits are the same.

It means "Against cookie-cutter aliens"

Posted by TheOFloinn at 9:15 PM