This picture, recently posted by Bro K on Facebook, was taken in the backyard of my mother's parents' house, which was two doors up the street from our house, which I judge from circumstances to be only recently at this time. Only three of the bros were then extant: (from left) Dennis, TOFling, and Kevin. One leaves to the imagination the identification of Pere and the Mut.

In the 1950s, they had not yet invented cool socks for fathers, and the smile was still in its early days. Kids actually dressed up back then -- so I suspect this was snapped on a Sunday, possibly even an Easter Sunday. 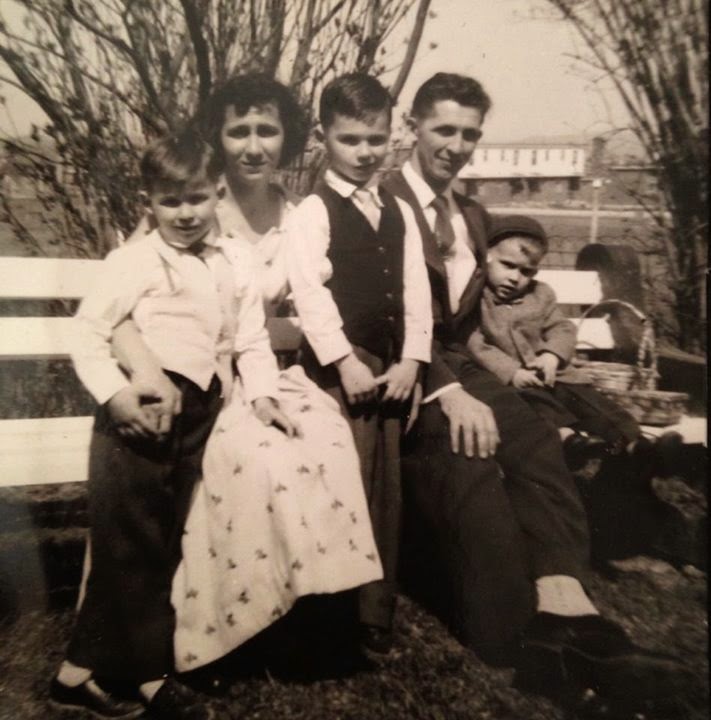 In the background is a field now occupied by various habitats for humanity. The public housing complex later degenerated into a center of petty crime before it was demolished and replaced by Section 8 housing.
Posted by TheOFloinn at 9:55 AM