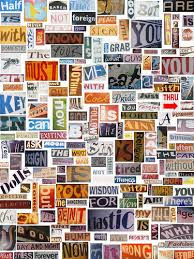 Words change over the ages, sometimes in form, sometimes in matter, that is, the substantial meaning.  These changes are of two sorts in the final sense: those that make finer distinctions and those that coarsen them.  Call them splitters and lumpers.

The magpie tendency of English to adopt foreign words is a case in point.  "Why does English have so many words?" a Sino-Panamanian once asked me.  (The Chinese went to Panama to build the Trans-Isthmian Railroad which, while technically trans-continental, is somewhat shorter.)  She gave as example the two words director and conductor, which she said in Spanish were the same word.  So I conducted her across the room and then directed her to return.  Now both of those words were Latin, so I am puzzled that the distinction did not survive in Spanish. Otherwise, we are aware of the distinctions we make between sweat and perspiration.  Though technically they mean the same thing, there are distinctions in usage.  A ditchdigger sweats while swinging his pick; a nervous suitor may perspire as he comes to pop the question.  That is, sweat carries connotations of hard physical work, of extreme guilt, extreme heat, etc.  Perspiration connotes mere nervousness, moderate heat, etc.

The same is true of such word pairs as diner (or eatery) vs. restaurant, or of cook vs. chef.  Meanwhile, sometimes the loss of a word may obscure a useful distinction.  Rape has shouldered seduction off stage, making it more difficult to distinguish them.  Square had meant 'honest and fair' since the 1560s; but by 1944 rather fewer people did carpentry or masonry, and square began to mean 'old fashioned' from the jazz slang for the motion of a conductor's hand in a regular four-beat rhythm. The Latin word for 'head' was caput, but by Late Antiquity, testa, originally meaning “pot” and used as a slang term for the head, had replaced it in ordinary speech -- and would eventually become the French tête.  Caput shrank to mean a 'head' only in the metaphorical sense, becoming captain or capo or chef.

We are all familiar with the shifting meaning of such medieval terms as motus and anima, usually translated as 'motion' and 'soul,' but with very different meanings than the modern English.  Motus was any reduction of a potential to an actuality, so a ripening apple was said to be 'in motion.'  And anima simply meant 'alive,' so a soul was whatever it was that a living thing had that a dead one did not.  Not until Descarte began nattering on about his res cogitans was the soul re-imagined as a separate substance from the body, thus launching all the modern 'problems' of philosophy.  (Folks wool over the mind-body problem, but not over the sphere-basketball problem.)

And TOF's Regular Reader knows how intertwined 'faith', 'truth,' and 'trust' are.

So here are a couple of shifty words for you.

But if 'child' originally meant 'fetus-to-infant', what meant 'child' in the sense of a 'young person before puberty, i.e., 'infant-to-puberty'?

That word was bairn, from Old English bearn ('child, son, descendant') probably related to beran ('to bear, carry, give birth'). By c. 1700 the term was thought to be chiefly Scottish.  Middle English had the phrase bairn-team to mean a 'brood of children,' which is a seriously cool word and ought to be revived should anyone ever have enough children to form a team.

Cild began to muscle bairn out of the way by Middle English and from the late 12th cent. seems to have meant specifically 'fruit-of-one's-womb' as distinct from 'fruit-of-someone-else's womb.'  This distinction is rare in Indo-European languages, but is also found in Latin liberi (children) vs. pueri (one's own children).

So what meant 'child' in the generic sense?

Believe it or not, that was girl.

The word gyrle appears c.1300, meaning 'a child (of either sex).'  The origin is unknown and current scholarship postulates an unrecorded OE word *gyrele, from Proto-Germanic *gurwilon-.  There are apparently related terms in Low German (gære 'boy, girl'), Norwegian dialect (gorre), and Swedish dialect (gurre) meaning 'small child.'  These come from a reconstructed Proto-Indo-European *ghwrgh-, distinguished by the utter lack of vowels and apparently pronounced as if one were strangling.

Apparently, there are a host of Germanic words whose root begins with a g (or k) and ends in r.  The g-r words denote all kinds of creatures considered immature.  (The final consonant in gir-l is a diminutive suffix, as in South German Hans-l and Gret-l, and which shows up in literary German as the suffix -lein.)  This background connotation of immaturity persisted even when 'girl' was used for older women.

So where did boys come from?

A boy was a servant or slave, from Latin boia, meaning the leather collar Roman slaves wore.  The name extended to all girly-men because they were customarily put out to work as apprentices to learn a trade, and the master would summon them by calling for their 'boy!'  This meaning persisted in calling even grown men
'boys,' especially if they were one's subordinates.  See what the boys in the back room are having.  I'll send a boy around to collect the money.  'A bunch of the boys were whooping it up/In the Malamute saloon.'


One time, leaving a restaurant in Johannesburg, SA, our host tipped the man with the automatic weapon who was sitting guard at the door and said, "Thank you, boy."  This would not be a word TOF would think to apply to a rather serious fellow armed to the teeth.
Would TOF kid you?

here's looking at you, kid

Everyone knows that kid means the 'young of a goat.'  It came intoi English c. 1200 from Scandinavia (cf. Old Norse kið "young goat"), from Proto-Germanic *kiðjom (cf. Old High German kizzi, German kitze, Danish and Swedish kid). The extended meaning of 'child' was first recorded as slang in the 1590s, and was established in informal usage by 1840s. It was applied to skillful young thieves and pugilists since at least 1812 (e.g. Kid Twist in The Sting, The Cincinnati Kid). Kid stuff, meaning 'something easy,' is from 1913.  (The phrase was in use about that time in reference to vaudeville acts or advertisements featuring children, and to children-oriented features in newspapers).

When child went forth and colonized its present meaning, we lost the interesting distinction between one's own children and children in general, and the unborn lost their specific designator.  Not to mention a cool term like 'bairn-team.'  Girl, dispossessed by child, shrank to designate girly-women only and the girly-men, lacking a term of their own, annexed boy simply because most of them were apprentice-boys.

And we haven't even looked at how mann, were-mann, and wif-mann became man, man, and woman.
Posted by TheOFloinn at 11:51 PM