Examining some scanned photographs supplied by Pere, TOF was struck by a thought. Therefore, he is reflexively striking back. The two photographs, plus one of TOF's own, document three generations of Flynn caught at approximately the same ages, to within, he suspects, five years. Here are the images: 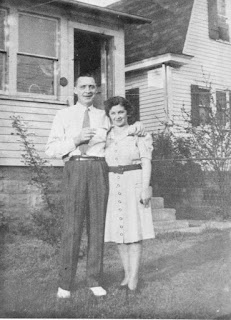 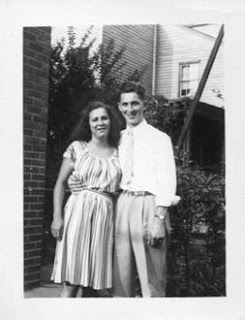 Here is what struck TOF: the older generations, even though caught around the same ages, look older.

TOF's theory is this: They had lived longer in the same amount of time. Pop pop had held down jobs from the time he was a teenager, not just delivering papers, but cleaning stables, keeping books, delivering coal, operating a stamping press, running the dining cars on the LVRR. Pere had fought across Iwo Jima, occupied Japan (via Nagasaki), and was working as a press helper at the time of the photograph. TOF, otoh, had spent all of his time up until the photograph picking fruit in the groves of academe, and hence retains a certain child-like demeanor. We may leave our footprints in the sands of time; but time leaves it bootprints on us as well.