Sometimes it scans and sometimes it doesn't. Last night, on a whim, TOF printed a couple of pages and, lo!, they printed! Astonished and delighted, TOF then placed a picture on the machine and scanned it. AND IT SCANNED! Hooray.

Not being one to waste an opportunity, TOF placed a second picture on the plate and again went to scanner-land.

Only this time, TOF was told curtly that no scanner could be located. What had been there mere moments before was somehow now an Unscanner.

Life is a mystery. The Trinity is minor compared to the Intransigence of the Machines. They can't just work or not work. They have to whimsically work sometimes.

Oh. The successful scan was this one: 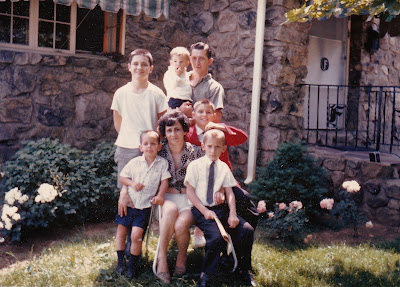 which shows the Stone House built by great-uncle Leo. Judging by various signs and portents, TOF pegs this at 1959 or 60. The following photo may be the one Mut sent to the Pacific Theater, but TOF might be wrong. 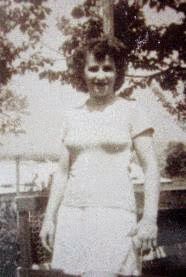 Posted by TheOFloinn at 6:09 PM