Images of floods turn one's thoughts to the Flood of 1955. Two hurricanes, Connie and Diane, hit the US five days apart, both in North Carolina. They had weakened to Cat 1 and Cat 3, resp. by then but two hurricanes coming so close together was a problem. There was little wind damage this far north, but Connie dumped 12 inches of rain and saturated the ground. Then, when Diane came along a few days later with 10-20 inches more, there was no place for it to go, and the rivers left their banks all the way up through the northeast. Around 200 people died from the storms, mostly in Connecticut, where Woonsocket RI was nearly washed away by a 20 ft. wall of water. 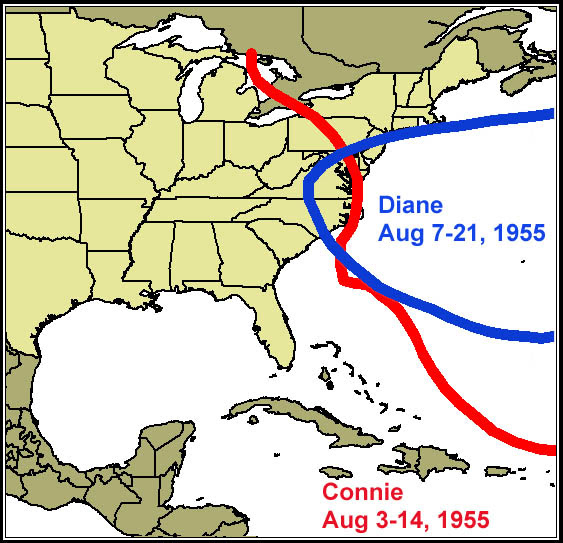 Locally, the most deaths were 80 lost at Camp Davis, a Boy Scout camp.

Total damages were in excess of 7-8 billion dollars in today's money. 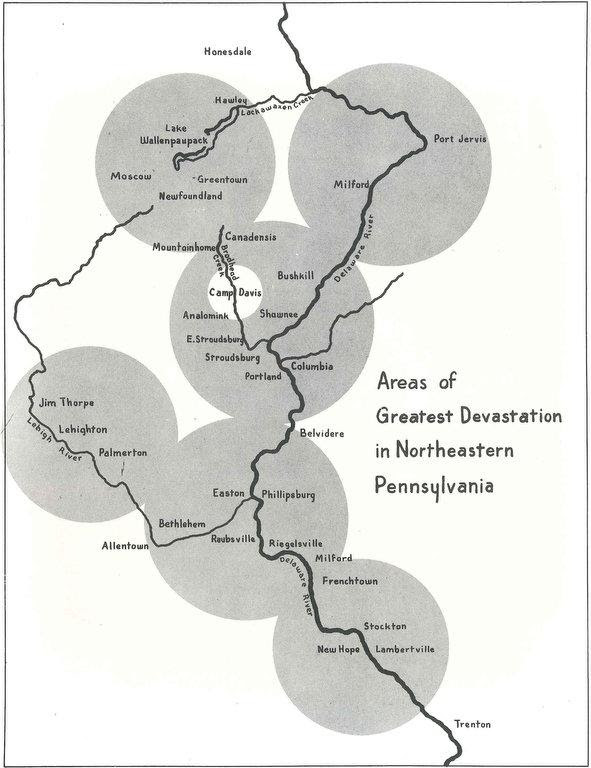 There is a gallery of pictures of Easton during the flood here, including part of an 8 mm film that my father had shot -- and which we watched repeatedly when we were kids. My brother Kevin put it up on YouTube a while back. The view, for any locals out there, is from the Lehigh Valley RR trestle facing downtown. In the foreground, the 3rd St. bridge crosses the Lehigh and ducks under the NJRR trestle.

The most dramatic damage locally was the breaking of the Northampton St. Bridge when the Columbia-Portland Bridge, the last of the old covered bridges, collapsed and came cruising down the Delaware like a battering ram and took out the middle span. The bridge had been called "the Gibraltar of the Delaware" after surviving the Pumpkin Freshet of 1903, when every other bridge north of Trenton had been washed away, but the Hurricane Diane flood was too much. An account of its untimely demise can be found here. 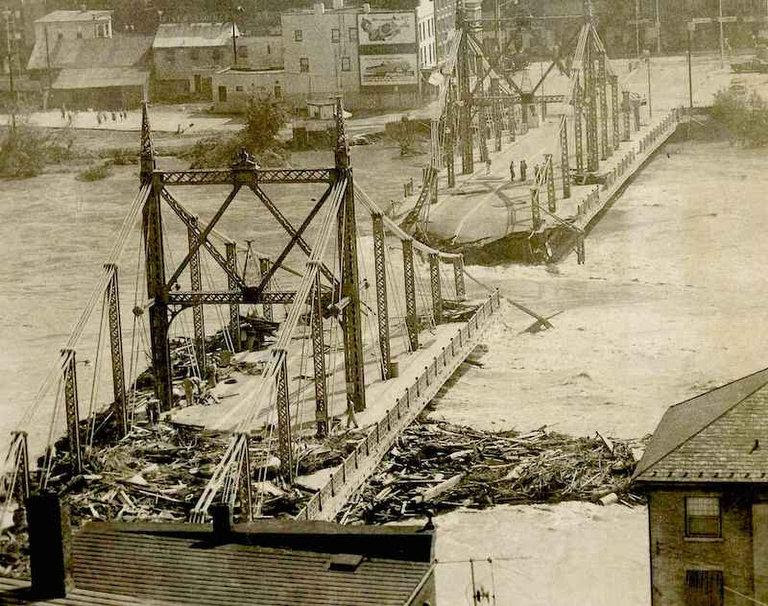 So it's not a new thing for two hurricanes to come in quick succession, nor for rain to outweigh wind as the major destructive force. When people say, "I've never seen it this bad in my life," it's well to ask how long they've been around.

Harvey and Irma were damn big storms -- and their landfalls were "target-rich environments." There were more people living in vulnerable areas and more and costlier buildings erected there, magnifying the destruction.

But 6-9 December, 1935, massive flooding hit Houston, not from a tropical storm, but from regular ol' thunderstorms.


20.6" fell in 35 hours over Westfield, TX. Houston reported 5.52" of rain. Satsuma in northwest Harris County had 16.49" of rain. Bayous were 52 feet above normal. The city's pumping station was unable to supply water for a few days and the city had no protection against fire. Buffalo Bayou at Houston 54.4 feet with 40,000 cfs. Buffalo Bayou at Addicks 85.6'. 2/3 of rural Harris County was flooded. Halls Bayou was over its banks. Spring and Cypress Creeks were out of their banks.

But about half of the modern city wasn't there yet, and in the 1930 census Houston was only the 26th largest city in the US, not the 4th, and held just above a quarter of a million people. (Detroit was 4th; Philadelphia 3rd. Los Angeles was 5th.) So there were fewer people to be flooded out. And there was not 24/7 coverage to hype the storm. (Which also meant -- as was the case with Connie and Diane in 1955 -- that people did not get a timely heads-up and were taken somewhat by surprise.)

Posted by TheOFloinn at 1:30 AM