A Footnote to the Previous Post on the Decline of Science

Dr. Briggs is the gift that keeps on giving.  In Study Finds 9-Month-Old Babies Are Racist,
he reports on a really-truly peer-reviewed paper “Building biases in infancy: the influence of race on face and voice emotion matching” by Margaret Vogel, Alexandra Monesson and Lisa Scott, Development Science (May 2012). Here is Dr. Briggs:


Anyway, our trio gathered babies together whose “parents reported their infants having had little to no previous experience with African American or other Black individuals.” They did not do the opposite and find babies who never saw white faces. They had 24—count ‘em—5-month-olds and 24 9-month-olds. This makes 24 + 24 = 48, a simple math equation, but important to assimilate because of the authors’ admission that for the behavioral analysis


43 infants were excluded due to experimenter or technical error (n=8), because they became fussy during testing (n=1), because they exhibited a side looking bias (n=14), because they failed to fixate both images during one of the test trials (n=18), or because the infant was not Caucasian (n=2).

I leave it as homework to discover what is 48 minus 43. For the electrophysiological analyses, they had 15 5-month-olds and 17 9-month-olds, but 19 these were added to the result from the homework question (how many were 5-months old or 9-months old we are never told); however, 23 of these 15 + 17 = 32 were excluded too. What we have here, in statistical terms, is small sample (get it? get it?).

There are several scary things here.  One is that the authors of the paper apparently believe that "fixate" is a transitive verb; but more seriously, they apparently believe that they are doing Science!™.  Or worse still, that they are using Statistical Methods.  Briggs writes "it appears that they did their t-tests based on the samples they would have had had they not tossed out the data." [emph. added] That is, they seem to have used the degrees of freedom for samples of 48 and 32 rather than for samples of 5 and 9.  One suspects that the reason is that they would not otherwise have secured "significant p-values."  No journal bothers to publish papers that do not announce significant findings. 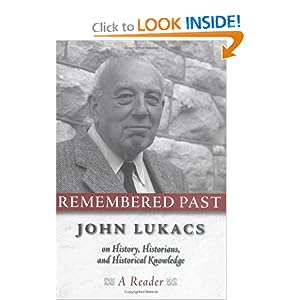 This leads to a further scary thing.  The paper peer-reviewed?  And no one noticed the violation of statistical practice?  Apparently the "peers" were simply other voodoo scientists and cargo cultists with all the expertise in statistics one gets from a one or two semester course on "Stats for Social Science."


(Let us be charitable: maybe the df they used for the t-test was based on the number of times each baby was pestered to look at the pictures.)

In Remembered Past, John Lukacs writes of the problem of inflation: the number of historical documents in the current age has far exceeded the number of worthwhile or interesting historical documents.  A similar process is at play in Science, where the demand for publications has far exceeded the supply of actual scientific findings.  One must publish or perish, and so no one will spend the time spent by Galileo, Newton, or Darwin is completing and thinking through a genuine insight on the natural world.

Now, a materialist might conclude that this meant babies instinctively notice more subtleties in that with which they are familiar.  (Just as a Nantucket fisherman might sniff out the approach of a nor'easter with greater facility than he would detect the signs of tornado-weather on the Great Plains.)  But the authors are mystics, and in their press release announced:


"These results suggest that biases in face recognition and perception begin in preverbal infants, well before concepts about race are formed,’ said study leader Lisa Scott in a statement.
"It is important for us to understand the nature of these biases in order to reduce or eliminate [the biases]."

And we are back to the Baconian Thing we mentioned in the previous post, in which the Goal of ther researchers (or their funding source) gobbles up the science and spits it out.  The objective is not to learn about the natural world, but to advance an acceptable policy or goal. Because the only thing the "results suggest" is that the infants' eyes focused on one of two images slightly more often than on the other.  And with sample sizes of 5 and 9, even this much is not assured!


A Thought Experiment.
TOF's Faithful Reader is invited to suppose scenarios in which five or nine [white] 9-month-olds spend on average only “52.3%” of their time looking at white novel faces but dwell “59.2%” of the time on the black novel faces (in the paired-faces experiments). If you start with the premise that the goal is to Fight Innate White Racism and you are hunting for "scientificalistic data" to back you up, you can easily concoct an interpretation of these contrary results that would lead to the same tendentious conclusion as before.
Posted by TheOFloinn at 1:53 PM