An excerpt from In the Belly of the Whale, a novel-in-progress, can be found on the book and story preview page, linked on the left. It is one of a series of vignettes introducing various characters. These characters may or may not make it into the final draft.

A new excerpt has been posted at the same link.

Email ThisBlogThis!Share to TwitterShare to FacebookShare to Pinterest
Labels: scrivening 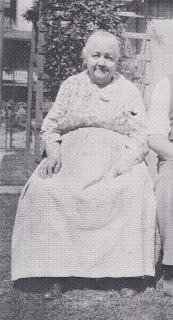 Ancestor hunting is not for the faint of heart, and the further back one goes, the scantier the clues that come to hand. Even the Absolute Monarchs of the Enlightenment did not think to keep track of their subjects in as much detail as the modern Scientific State. If they sought you out at all, it was only for tax purposes, in which case the name of the ratepayer and the acreage occupied was sufficient unto. Vital statistics were the provenance of the churches. Compare, for example, the data scraped for the 1790 Census to that of the 1940 Census.
But as Aristotle recommended, you start with the more certain and better known and proceed toward the less certain and lesser known.
Mary McGovern Cantrel, my grandmother's mother, had parents named as Matthew McGovern and Catherine Dolan on her death certificate, where it was further stated that she was born in Co. Cavan,Ireland, on 6 Aug 1856. . Lewis' Topographical Dictionary states that the "Kingdom of Glan" in Cavan was inhabited by "a primitaive race of McGoverns and Dolans" who intermarried and made moonshine whiskey.The barony of Tullyhaw in which these lands lay was co-extensive with the kingdom of the ancient McGaurans.
Read more »
at January 16, 2021 3 comments:

Email ThisBlogThis!Share to TwitterShare to FacebookShare to Pinterest
Labels: flynncestry

Be Afraid; Be Very Afraid. Please.

"[T]he whole aim of practical politics is to keep the populace alarmed (and hence clamorous to be led to safety) by an endless series of hobgoblins, most of them imaginary."
-- H.L.Mencken

Psychology Today has told us that "a moral panic is a feeling of fear spread among many people that some evil threatens the well-being of society." It is "the process of arousing social concern over an issue – usually the work of moral entrepreneurs and the mass media." Such a panic does not mean that that there is nothing to worry about. There really were Stalinist agents in the US Government when Joe McCarthy rose to denounce them. (We know this because the fall of the USSR led to many files becoming public -- for a while -- and names were named.) But the panic sets in when people begin to see Russians behind every tapestry or potted plant. It is the panic, rather than a rational caution or skepticism, that leads to overblown responses.

Per Wikipedia, the concept of moral panic was laid out by Stanley Cohen in his book Folk Devils and Moral Panics (Paladin, 1973). He studied public reaction to 1964 clashes in the UK between rival youth groups called “mods” and “rockers”during holiday weekends at beaches in Southern England. From these clashes -- and the media and public response to them -- he developed a social theory of moral panic comprising five sequential stages: