The Wisdom of Dogbert

Email ThisBlogThis!Share to TwitterShare to FacebookShare to Pinterest
Labels: cartoon 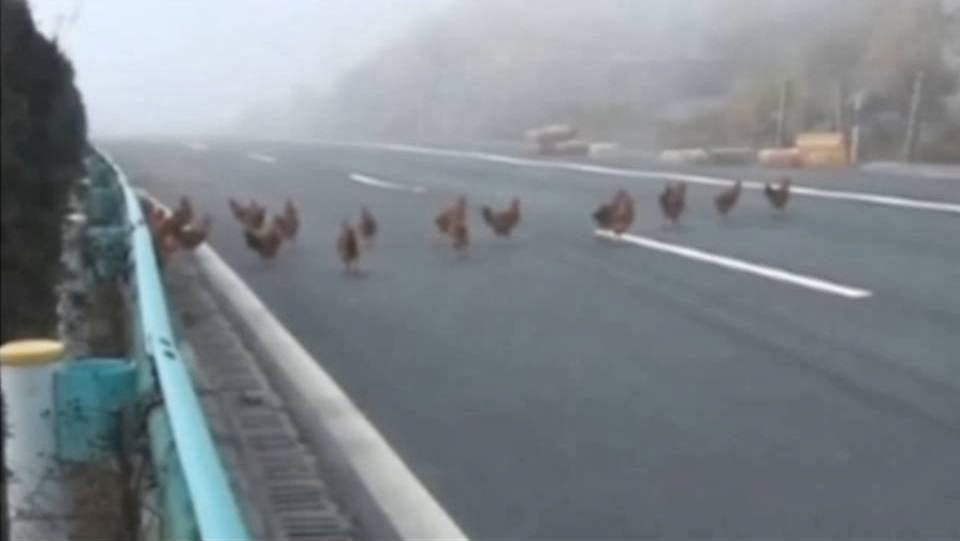 Email ThisBlogThis!Share to TwitterShare to FacebookShare to Pinterest
Labels: headlines

Today is the Feast of St. Thomas Aquinas. Do something logical in his honor.

Brandon has a very nice post regarding Aquinas and government:


With regard to the good ordering of the government of some city or nation, two things must be attended to. One is that everyone should have some part in the government, for through this is conserved the peace of the people, and everyone loves and takes care of such an ordering...

And in the same spirit:


"If to provide itself with a king belongs to the right of a given multitude, it is not unjust that the king be deposed or have his power reduced by that same multitude if, becoming a tyrant, he abuses his royal power."


We also have his thoughts that a multiplicity of species across time and space is a positive good: creation participating in the infinity of God. There is a two-part post on why evolution is a fitting way for God to create species, here and here. And in line with this, we have Thomas' thought on where new species would come from:


Species, also, that are new, if any such appear, existed beforehand in various active powers; so that animals, and perhaps even new species of animals, are produced by putrefaction by the power which the stars and elements received at the beginning.

Email ThisBlogThis!Share to TwitterShare to FacebookShare to Pinterest
Labels: thomism

The Washington post recently took a poll, described in the last paragraph of the article as:


The Post-ABC poll was conducted Jan. 20-23 among a random national sample of 1,003 adults, including interviews on land lines and with cellphone-only respondents. The overall margin of sampling error is plus or minus 3.5 percentage points.

There is not enough information -- by far -- to evaluate the adequacy of this procedure. (What sampling frame did they use to access the adults? Land-lines tend to access whole households; cellphone-only will pick up a lot of teens. Was this a two-stage cluster sample? The only thing we know for certain is that the sampling error was probably larger than 3.5%-points. Why? Because the results of any poll are usually less certain than we think. As near as TOF can figure that is a sampling error based on a simple (unstratified) random sample, a very difficult thing to obtain.

But the scariest result of the poll is not

TOF has received his schedule for the upcoming Boskone.  For those finding themselves in Beantown in February.  (Brrr?)  You will likely find TOF at these locales:


One of the most elusive qualities a story may possess, mood is also one of the most lasting memories that certain stories evoke. How does a writer accomplish this effect? What are a writer's most important mood-making tools: Word choice? Pace? What the characters themselves feel? Voice? Setting? What works have been most successful at setting a mood and making it memorable?


This year marks the 100th anniversary of the start of the First World War. How did the war affect literature, including SF and fantasy? What topics and stories have come out of it? Panelists discuss not only the history of WWI, but also the literature inspired by it -- including alternate histories that explore what might have gone differently.


America's Next Top Model. The fascinating Mr. Flynn takes us on a tiptoe through the tulips of statistical modeling -- and the sources of uncertainty that should be, but seldom are -- addressed.
Michael F. Flynn


The hero's journey is a well-defined and much-used structure for both books and movies. Has the idea of the quest changed for the 21st century reader and writer? If so, what effect does this change have upon the story and its characters? Panelists discuss examples of how 21st century writers have drawn upon the traditional structure of the quest and applied it to today's standards for today's readers.
Stephen P. Kelner (M), Michael F. Flynn, Anna Davis, Tom Shippey


Smartphone implants, nerve-controlled mechanical limbs, chips to help boost your learning curve ... It all sounds like SF, but these scientific advances are well underway. The question is: how much more cyber can our future get? Orwellian video rooms and Scalzian BrainPals? Full-fledged A.I. integrated with our wetware? At what point do we begin to chip away at our humanity -- and when does (should) it stop?
Paul Di Filippo (M), Michael F. Flynn, Charles Stross, Myke Cole, Edie Stern

This demonstrates something very important.

Namely, how little our genes signify.

Some folks take those percentages to show that humans are not all that different from cows or chimps. Others observe empirically that humans differ tremendously from these others -- you are not reading this on the bovine intertubes -- and wonder whether the genes are a meaningful metric of anything other than physiology.

The great scientific revolutions, Chastek once observed, turned on seeing the significance in things that were negligible within their context. The difference between a circular orbit and the actual elliptical orbits that the planets follow is negligible. The difference between the Newtonian and Einsteinian dispensations matter only at high speeds.  Yet the sliver of difference matters a great deal, even in so quotidian a thing as GPS. So the delta between man and monkey may well be very small genetically speaking -- but no one says we must speak only of genes.


A Glove Thrown Down

Email ThisBlogThis!Share to TwitterShare to FacebookShare to Pinterest
Labels: evolution

This is from the WSJ Weblog:

This is worrisome on so many levels.  That someone was stabbed is bad enough, but that they were arguing over hog stomachs boggles the mind.  What key points of disagreement could there be on such a topic?

Email ThisBlogThis!Share to TwitterShare to FacebookShare to Pinterest
Labels: headlines

TOF's essay, "Discovering Eifelheim" has been accepted into the anthology Medieval Science Fiction to be published by Oxford University Press.


This collection of essays will aim to read the Middle Ages through the lens of modern Science Fiction, and vice versa. We ask whether ongoing contemporary discussions about medieval literature and culture on the one hand, and about the SF genre, its history and its future, on the other, can be brought into explosive contact. Contributors will consider where, how and why ‘science’ and ‘fiction’ intersect in the medieval period; explore the ways in which works of modern SF illuminate medieval counterparts; but also identify both the presence and absence of the medieval past in key SF texts.  As such, the collection will be divided into two parts: ‘Science and Fiction in the Middle Ages’ and ‘the Middle Ages in Science Fiction’. We believe that Medieval Science Fiction will appeal to anyone interested in the history of premodern science, medievalism, genre studies or, more broadly, finding new and innovative ways of reading early texts.

TOF is a little concerned about that "explosive contact" business and hopes that readers will not be injured in the process.
at January 13, 2014 12 comments:

Fifty years ago this past week, LBJ declared war on poverty.

TOF's first question is: what caused that precipitous drop in poverty rates prior to the War on Poverty. The short answer is that TOF hasn't a clue. Perhaps the wartime economy resulted in poorer households and things were recovering toward normal in the 50s and 60s. Or perhaps the transition from rural to urban was just then running to completion.  (Late Moderns may not realize the extent of rural poverty in the 1940s and earlier.)  Or the general prosperity inherent in being the only large economy on Earth that was not bombed flat in the 40s. Or else the data collection was only just getting started and the numbers are really incommensurable to later measurements.

TOF's second question is: WTF? The War on Poverty seems to have stopped the drop! Since 1967, official poverty rates have fluctuated between roughly 15% and 12% in what looks like a 25 year cycle. There is no secular trend in the metric.

Sometimes the Mask Slips, a Little

...and sometimes they don't even bother wearing the mask:

Behold the re-emergence of the lebensunwertes Leben!

"There's a seeming inconsistency in contemporary American politics: at the same time the central government's size and power have reached unprecedented heights, a smaller percentage of the public view the government in Washington favorably than at any time in the last half-century."

It is unclear why he believes it is an inconsistency.