The following is from the Wall Street Journal Online

1. First it notes the following ban.

A school district in Massachusetts has banned the Pledge of Allegiance from its classrooms, Fox News reports:


Charles Skidmore, principal of Arlington High School in Arlington, Mass., has offered to allow students to recite the pledge before school begins--but in the school's foyer and not in the classrooms, as 17-year-old Harrington had hoped.

Bodie said there has been reluctance to put the district's teachers in a position of reciting the pledge, and she acknowledged that some have raised concerns about its inclusion of the words "under God."

Now you may think these teachers are unpatriotic. But there's another possible explanation. Consider this AP dispatch:

The school superintendent in Springfield, Mass., has taken responsibility for tests given to the district's 11th- and 12th-graders that were rife with spelling, grammatical and factual errors.

Two tests given in May to about 2,600 students contained about 100 errors combined.

The mistakes included the phrases "truning around" and "For God's skae," as well as a note on one test that read "This is the end of the Test," when there were two more pages.

If Massachusetts teachers can't get simple phrases like these right, how can they possibly be expected not to bungle the Pledge of Allegiance?

3. So the ban is really an attempt to prevent embarrassment to the teachers.
Posted by TheOFloinn at 5:32 PM No comments:

There was some question over a confusion of Wieners with Prussians.  As a public service I offer this explanation.  Even in Germany millions of people do not understand Ostdeutch, as the following PSA indicates:


Now my own personal excuse is that my Folk were Badners, who came from Oberhausen & Niederhausen in the aftermath of the '48.  Of course, not many understand Badner, either:

about this recording of Radetsky Marsch in Wien is how well Germans take direction.  Watch the audience.

Radetsky.  The only Austrian general to have actually won a battle with an army known for winning a prize for snazziest uniforms.

The Government and its Scientists Will Save You

from the horrors of having a best friend in childhood
No word yet on whether adults will be permitted to have best friends.

It seems that Our Simian Cousins aren't always Nice.
The Question now is: are humans more like chimps or more like bonobos.  Evolution has shaped one to be warlike and the other to be peaceful.  (Wonderful thing, evolution: no matter what the outcome, even two opposite outcomes, it can be explained as a "selective advantage.")  A third possibility is that humans are most like humans.  But that does not seem to be on the table for those who wish to seek justifications for behaviors in the behaviors of chimps or bonobos or geese or, perhaps, paramecia.

instead of the second worst in the history of the Gulf?  Perhaps because then people would wonder what happened during and after that earlier spill: Ixtoc 1, drilled by Pemex, and gain a bit of sanity and a sense of perspective.  But we live in a world ruled by lawyers, not by engineers.  (And no, I am not saying that the opposite would not have its own blind spots and sillinesses.  Engineers, for example, are inclined to think that all problems are solvable.)

Posted by TheOFloinn at 5:11 PM No comments:

News from the Untergang

From a Psychology Today blog:

Thus, the injunction against assisted suicide – like that against unassisted suicide – is commonly underwritten by the doctrine of human dignity. But the whole edifice starts to crumble once we bring Darwin into the picture. With the corrective lens of evolutionary theory, the view that human life is infinitely valuable suddenly seems like a vast and unjustified over-valuation of human life. This is because Darwin’s theory undermines the traditional reasons for thinking human life might have infinite value: the image-of-God thesis and the rationality thesis

But if human life is not supremely valuable after all, then there is no longer any reason to think that suicide or voluntary euthanasia is necessarily wrong under any or all circumstances. In fact, it starts to seem decidedly odd that we have elevated human life – i.e., pure biological continuation – so far above the quality of the life in question for the person living it. Why should life be considered valuable in and of itself, independently of the happiness of the individual living that life?
"...underwritten by human dignity."  Well, we can't have any of that, can we?  Humans are just commodities, to be disposed of when they don't measure up.  They have no "dignity," because that is based on all that "god" stuff.  Humans are  objects, to be viewed objectively by the really-truly sciencey people.  At least the poorer, darker humans.

Good thing we have Darwin to rescue us from the Untermenschen.  At least in the view of people unable to distinguish a scientific theory from a political policy.  How Darwin's theory undermines human dignity is left unexplained.

"Quality of life" is a fake-science sounding word used in place of that good old German phrase lebensunwertes Leben (life unworthy of  life) to justify their euthanasia of the handicapped - and then of other people.

What is it about the Final Solution that, having obliterated the regime that dreamed it up, we now want to apply it to everything from the pregnancy problem to the elder-care problem?
Oh, wait.  As long as it's "voluntary."  But if humans lack intrinsic dignity and are judged only by their "quality of life" (presumably measured using a bioquality meter calibrated to NIST standards) then it is hard to see why the voluntary consent of the Untermenschen would be required.  And there are ways to obtain "voluntary consent," starting with psychological bullying.

What a brave new world we live in, that has such people in it.
Posted by TheOFloinn at 8:56 PM 3 comments:

And Let Slip the Digs of War!

One night during the Crimean War a particularly exposed British redoubt in the trench-works around Sevastopol suddenly found itself the object of a strong Russian attack. Although the British managed to hold the Russians, they were consuming ammunition at a prodigious rate.

Fearing that his position would soon be overrun, the officer commanding the post tore a leaf from a pocket note book. On it he scrawled "In great danger. Enemy pressing hotly. For Heaven's sake send us some ammunition," the officer signed his name, handed it to an orderly and sent the man to the rear.

The fighting grew more intense, and as ammunition began running low the officer awaited the return of his messenger. Time passed, as the situation seemed to grow ever more desperate. Then, almost as suddenly as it began, the Russian assault ebbed, even as the British troops were virtually down to their last rounds.

Just about then the orderly returned, bearing a message from the Ordnance officer. One wonders what went through the officer's mind when he read, "All communications to this Department must be written on foolscap paper with a two-inch margin."
-- from Al Nofi's Strategy Page
Posted by TheOFloinn at 3:02 PM No comments:

More on the Untergang 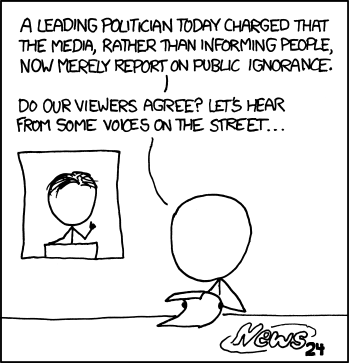 Posted by TheOFloinn at 11:44 AM No comments:

Ads You Would Be Unlikely to See Today

First, from Fox News, a couple of ads that are a hoot:

Picture phones before Jobs thought of them.  Yet, my granddaughter has a webcam on her computer and makes calls via VOIP.  Doesn't need the phone because it's built in.

Anyone having read James Blish's Cities in Flight books knows what a spindizzy was.  What a surprise to find them advertised.

But other ads may not make you laugh.

Read more »
Posted by TheOFloinn at 7:24 PM No comments:


I was traveling yesterday, but I ought to mention that my cousin's daughter was married on Saturday.  (That would be first cousin once removed.) 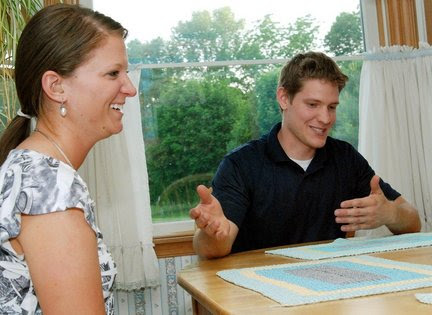 This would ordinary pass with little notice - I have a lot of cousins and many of them have children - except for the peculiarity of her husband, Steve.

Steve and Amy were born on the same day, in the same hospital, barely minutes apart.

Their mothers recovered in the same hospital room.

Now they will be married in the same church on the same day, not even minutes apart....

The families had already known each other before the kids were born.  It's kind of hard  not to know one another, since the Greater New York Metropolitan Area Easton PA is not.  Apparently, the national news thought this was "cute" and for a while poor cousin Harry was inundated with media calls. [Our common grandfather appears on the earlier post regarding Memorial Day.] 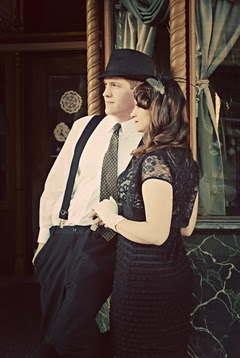 They were married in the local church and the celebrant was the vicar general of the Diocese.  How'd they snag you? my father asked him.  I'm a cousin to the groom's mother, he replied.  [I think it was 'mother'.]  Well, it's the South Side, and as one of my other cousins - she who shared the same, ah, milk bar with me - once put it: "Whenever I was introduced to people as a kid, I assumed I was related to them somehow."  It wasn't called German Hill because of all the Italians.  And the part where I grew up wasn't called Schwar-Town because my grandmother's family was sparse.  So geht's, as we say, im Leben.

Anyhow, they did up the reception in a retro movies way.  A Playbill was printed, featuring the photo to the right on its cover.  The name of the play was "Happily Ever After."  Inside: "Act One: The Wedding" followed by a list of the musical numbers and readings.  Then "Act Two: The Reception" followed by the "Cast Members" (bridal party, etc.)

Posted by TheOFloinn at 11:21 PM No comments:

This Gödel is Killing Me

I really wish I could take credit for that pun; but no...
Some years ago, J.R. Lucas formerly a mathematician and philosopher of Merton College, Oxford, wrote in "Minds, Machines and Gödel" (and later in The Freedom of the Will) that Gödel's Incompleteness Theorems imply that mechanistic theories of the mind are false.
Gödel's theorem states that any consistent system strong enough to produce simple arithmetic contains unprovable, though perfectly meaningful formulae, some of which we, standing outside the system, can see to be true.
Example: Consider the statement G: {This formula is unprovable-within-the-system}.
Thus we see that G must be true and must also be unprovable-in-the-system
(It could be argued that G might be true and unprovable in a system S, yet provable in some larger system S*.  But then there must be a Gödel sentence in S*, and so on.)
Read more »
Posted by TheOFloinn at 11:54 PM 1 comment:

Word has Reached My Ear

that Tor will be reissuing the 4-book "Firestar" series in trade paperback, starting with Firestar in August 2011.
Read more »
Posted by TheOFloinn at 5:23 PM 1 comment:

James Chastek comments on Stephen Pinker's refutation of the soul (as envisaged by S. Pinker).

How does the spook interact with solid matter? How does an ethereal nothing respond to flashes, pokes and beeps and get arms and legs to move?

Ah yes, the interaction problem. Is that still around? Apparently so.
Read more »
Posted by TheOFloinn at 11:45 PM 2 comments:

I posted this last year; but the message is eternal.

Posted by TheOFloinn at 10:04 PM No comments: