Email ThisBlogThis!Share to TwitterShare to FacebookShare to Pinterest
Labels: potpourri

This morning's (3/25) reports from the five hardest hit provinces in China
Place cases recov'd deaths active
The death RATES can be bracketed by assuming all pending cases die or that all pending cases recover, both being less likely than that some do and some don't.
So, unless a whole bunch of new cases appear -- and the meejah are doing their best to raise this possibility -- the Wuhan epicenter (Hubei province) will probably run about 5% mortality. Probably because the govt there at first tried to conceal it and only took action after it was 'too big to fail.' None of the other high-case provinces touch this. Only neighboring Henan comes close, at just under 2%. Guangdong is currently at 0.6% and only if every pending case is mortal might it become as high as 6.8%. In Hunan, where all cases are resolved at this point, the mortality is less than half a percent.
at March 25, 2020 5 comments:

Some more about testing,
Bureaucracy strikes again!
at March 17, 2020 No comments: 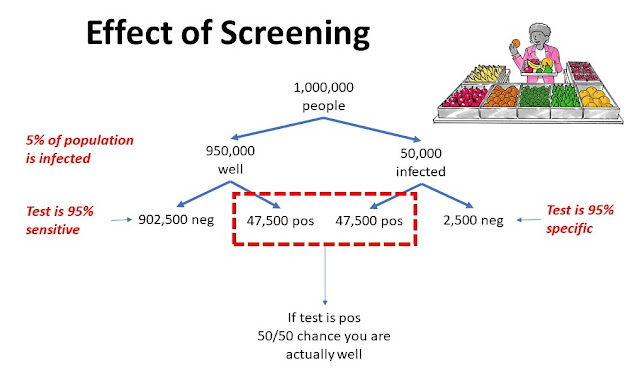 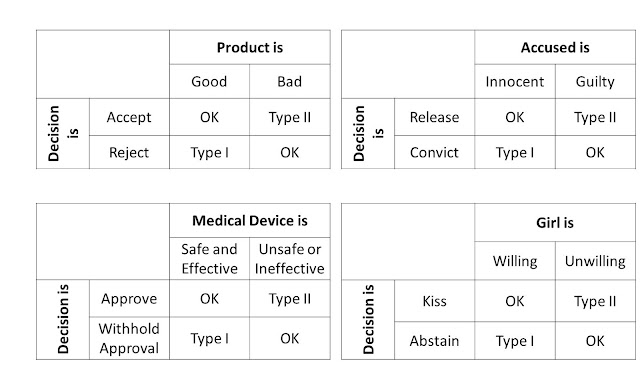 Of course, none of this means the Dreaded Red Squamish is not dreadful. It only means the numbers may lead to unreasonable panic or to complacency.
Or both.
at March 12, 2020 14 comments: 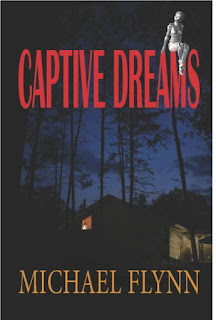 The University Medical Center stood on a side street, past an old cemetery, which struck me as bad feng shui for a hospital.  I drove through to the parking lot and walked back to the main building.  It was a chilly, blustery spring quite in keeping with the mood of the country.  The information desk was enclosed within a Plexiglas shell under positive air pressure so germs would not waft into the booth.  I presented my certificate of inoculation and passed through the sanitizing airlock into the main hospital.  The UV lamps, air jets, and gas spray were supposed to sterilize visitors, but I thought they might be only to reassure them.  It certainly cut down on the number of visitors.
at March 09, 2020 1 comment: