The Armies of the Homeless 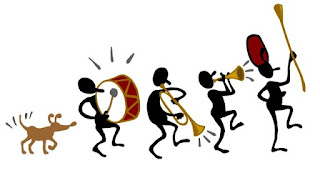 "States have inadequate plans to address the worsening and often-overlooked problem,"

"These kids are the innocent victims, yet it seems somehow or other they get left out,"

The report estimates 1.5 million children experienced homelessness at least once that year (2005-2006)

Living Conditions of Homeless Children 2005-2006
"Doubled up" means that the family is staying with friends or relatives because they cannot afford their own place. This may not match the picture in your head of "homeless," which may accord more with the living in shelters or unsheltered. But the latter would not allow a figure of "1.5 million children." Are people in transitional housing actually homeless? It depends on what you mean by "homeless."

By the definition used by the National Center on Family Homelessness, TOF was homeless for the first five years of his life on earth, since we were staying with my mother's parents (and uncles and some cousins) two houses up the street. Pere had elected to use his GI Bill money to build a house and the Government had elected to drag its feet for as long as possible. In any case, there we were, doubled up. We did not feel especially homeless as I recollect. Not with Big Mom running the show.

But this illustrates the hazards of Counting Things. If the Definitions are elastic enough, they may include things that the reader would consider as covered. Typically, we will think of the Worst Case scenario when the definition may include many Milder Case scenarios.

In a survey of TV violence back in the 60s, special “watchers” reviewed tapes of shows and counted the number of violent incidents. That's gotta be scientificalistic! The most violent show on TV that year was…..

If that show does not strike you as especially violent, well, you may be defining violent differently than the special watchers.

ON A MORE SERIOUS NOTE
"3.9 million women living in a couple with a man were physically abused last year"
--Washington Post (15 July 1993)


This figure came from the 1993 Commonwealth Fund telephone survey of 2500 women, which used questions from the 1975/1985 Straus & Gelles Surveys, which asked respondents

In the past year, has your spouse/partner:
So what counts as being "physically abused"? Being sworn at or insulted may be abusive, but it is not physically abusive. (And who is to say it is not worse to crush the spirit than the body?) But otoh, having a weapon used on you clearly is physical. So where would you draw the line and say beyond this is physical abuse, below this is not?

It's not easy. A can push B simply in passing, on the way out the door, because A's intent is to cool off before exploding in genuine violence. Or A can grab B by the arm because B is swinging a frying pan at A's head. Details can matter. It's not clear to TOF that the numbered scale is actually a scale at all. No. 5 can be more serious than #6, imho, depending on what is thrown: e.g., a spitball v. a dinner plate.


For the purpose of the survey report, the line was drawn between #5 and #6. Is that where you would have drawn it? None of the 2500 respondents reported #8 through #11. This does not mean no women suffered those degrees of abuse. It means no one in the survey reported them. Which might only mean they are sufficiently rare that a sample of 2500 did not happen to pick up any examples. 5% reported #6 and 3.4% reported #7. These added up to more than the 3.9 million mentioned in the headline, so we assume that some women reported both #6 and #7.

In any case, was #6 or #7 what you thought of when you read the phrase "were physically abused"?