Venus: A Lot of Hot Air

The common supposition that Venus is Really Hot because of the CO2 seems contraindicated.  It is the sheer weight of the atmosphere that heats things up down below.  Seems sunlight doesn't even penetrate the atmosphere deeply enough for the "greenhouse" effect to matter.  (No sunlight filtering in = no IR on the bounceback.)  The attached essay is interesting; and you can ignore the snipes at the AGW folks and mentally return to the days when science meant knowledge rather than political power.

A Pack of Fools and  a Single Fool

Roger Ebert posted the following "tweet" regarding some kids in CA who were sent home from school because they wore US flag clothing to school on 5 May.

@ebertchicago Kids who wear American Flag T-shirts on 5 May should have to share a lunchroom table with those who wear a hammer and sickle on 4 July.

This led to a lot of sickos writing pure awfulness about Ebert's cancer and what it has done to his face.  Lost in the shuffle was Ebert's gratuitous insult to Mexicans and Mexican-Americans.  He in effect equated displays of the Mexican flag on a Mexican holiday with anti-Americanism.  To increase the irony quotient: 5 May marks the victory of the Mexicans against French forces (including the Legion); and the French withdrew from Mexico in part because the US post Civil War sent a mixed Union-Confederate force to the border and a note to Paris saying - "We've been a little busy over here with the Late Unpleasantness, but about the Monroe Doctrine....  We kinda, you know, meant it?"  So there is every reason to display an American flag on 5 May in support of the Mexicans.

The Gulf blowout will need to continue uninterrupted for 18 days before it equals Santa Barbara.

Since 1969, we have drilled over 50,000 wells in state waters and on the Outer Continental Shelf. There have been 13 losses of well control involving more than 50 barrels: five were less than 100 barrels apiece; one was a little over 1,000 barrels; two (both in 1970) involved 30,000 barrels or more. Only in Santa Barbara (so far) did significant amounts of oil reach shore and cause serious environmental damage.
That is 0.026% loss of control, in case you were counting.  Now, why are we drilling in deep water off the Gulf Coast?  Simple: it is illegal to drill in shallow water off the Atlantic or Pacific coasts, or near Florida.

BTW, did everyone notice that the oil companies and the Coast Guard had all kinds of equipment staged and ready for such a disaster response?  It just took a while to get it out to deep water.

A first hand account of the event can be found here: wattsupwiththat.com/2010/05/09/lessons-from-the-gulf-blowout/#more-19353

The Sun is Again Spotless 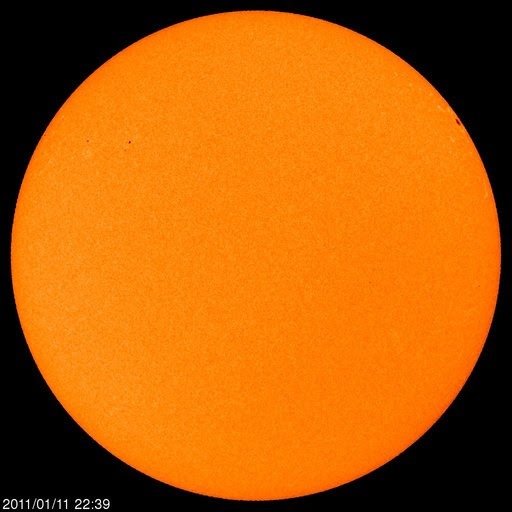