Melodies of the Heart 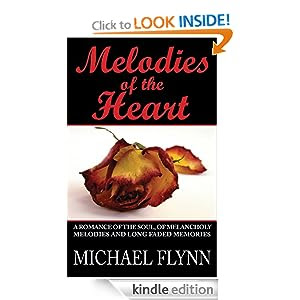 For those who have always ached to possess this novella in a stand-alone format, here is your big chance.  Melodies of the Heart for the Kindle at the bargain price of $2.99.  It's the story that made some of its readers cry, even the second or third time they read it.

Melodies of the Heart is the lead story in Captive Dreams, a collection of short fiction due out in July of this year.  At the link you have the opportunity to email Melodies@PhoenixPick.com in order to get a reminder when the full collection comes out.  You may also purchase a pre-release copy of the collection at a good discount, I am told.

Some of you may grumble, "But TOF, why should we pay our hard-earned gold for a bunch of your old stories, which we have read in the long-ago?"

The answer is simple.
You would otherwise spend that gold on trivia and dross like food, clothing, or shelter.  Better far that a man be barefoot than that he be deprived of his own very copy of Captive Dreams.  Beside, what the ding-dong can you buy for $2.99 US Currency today?  Not even a gallon of gas!  But the real reason is that only three of the stories are previously published.  The other three are brand-new, yes NEW, shorts and novellas.  So if you want to get into my new shorts....  Wait.  Let me rephrase that.

So, if you want a real bargain of three new stories and three classics, go for it.  The paperback is $14.99, but the ebook will be less, I'm sure. 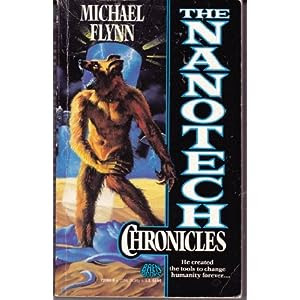 The contents, for those of you not paying attention (and you know who you are) the stories are united by the conceit of characters who live around the same ring road in a suburban New Jersey township and thus, while the stories are independent, they make occasional cameos in one another's tales.  The stories are also associated with The Nanotech Chronicles (and in fact, one story was included in that earlier collection).

Melodies of the Heart


Doctor Wilkes had been sentenced to public service at an old age home.  The problem is that he detests old people.  Then one day, Mae Holloway came to see him with an unusual complaint.  She hears music in her head.


Little Ethan had little common sense, literally; for sense impressions reach the brain at different times and the common sense is what unifies all into a common whole.  But science came to the rescue with a new sort of prosthesis - a brain-coordinator - and Alma, his mother, could finally see relief from her duties.   Couldn't she?


Karen brought her perfect baby home from the Choice Center.  She knew it was a perfect baby because she and Bill had paid good money to ensure that perfection and they were determined to get their money's worth.

Places Where the Roads Don't Go


Kyle Buskirk majored in computer science while Jared Holtzmann majored in philosophy.  Kyle used to twig Jared about entering a field of no practical use, but Jared told him that while good computer science might stop our machines from making mistakes, good philosophy might stop people from making them.
Then came graduation, and they went their separate ways – Jared to graduate school and Kyle to his parents’ garage, where he set up a software company in the usual fashion.  They promised to stay in touch, and for the most part they did.
Later, one of them decided to live forever.


Barbry was dead and Henry did not know how to deal with that.  And then he encountered the bag woman, and then he did.


Rann Velkran was subject to fits of deep melancholy, for there were many regrets in his life.  Then the old derelict space station came crashing to Earth, so Rann decided to dig a swimming pool in his back yard.  What else could he do?

Posted by TheOFloinn at 4:48 PM