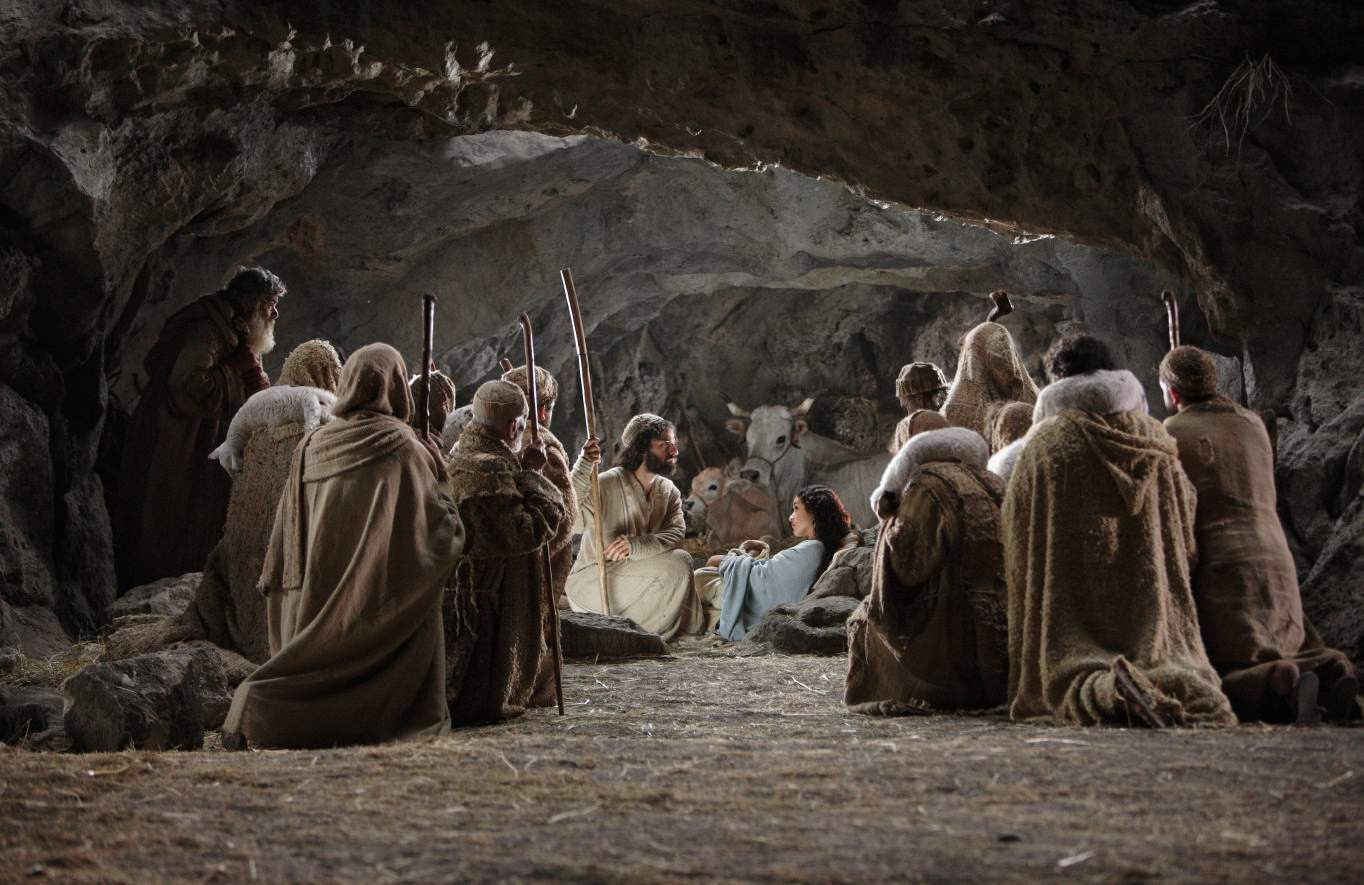 Jimmy Akin has a series of posts on another board in which he looks at the ever-popular, yet seasonal issue of when Jesus was born.
This is a short precis of his material.
One often hears the figure of 6 or 7 BC for the birth of Jesus of Nazareth. "The reasoning goes like this," Mr. Akin writes. "Jesus was born late in the reign of Herod the Great, who died in 4 B.C. Furthermore, the wise men saw the star rise in the east two years before they came to visit Jerusalem, where they met Herod. Back up two years from 4 B.C. and you get 6 B.C. Back up another year in case Herod didn’t die immediately after they visited, and you get 7 B.C." Couple this with the statement that Herod ordered all male children aged 2 and under, figure he was bracketing the age to make sure he got his target, and figure Jesus was born about a year earlier still!

However, traditional dating (translated to modern chronology) is summarized in this table, which Mr. Akin distills from Jack Finegan’s Handbook of Biblical Chronology (p. 291):


Dionysius Exiguus (Dennis the Short) is the one responsible for our BC/AD dating and is an outlier. Irenaeus of Lyon, Clement of Alexandria, Tertullian, Julius Africanus, and Hippolytus of Rome, Jimmy Akin points out, all wrote in the late 100s or early 200s, rather closer to the events. The consensus figure was that Jesus was born in 3 or 2 BC, not 7 or 6 BC

But did Herod die in 4 BC?  Scholars had previously favored 1 BC and this seems to be supported by Roman sources. But in the late 1800s, a German scholar named Emil Schurer proposed the earlier date. "This view caught on among scholars, and so now it's common for people to date the birth of Jesus no later than 4 B.C." But this is based on some ambiguous interpretations of statement in Josephus.

Josephus states that Herod was appointed king by the Romans in the 184th Olympiad and in the consulship of Calvinus and Pollio. Alas, these indicate two disjoint years. But if we go by Dio Cassius, a Roman source, the appointment was made in 39 BC, consistent with the consulship. Josephus customarily skipped partial years in his enumeration, so he would have started his count at 38 BC. He said that Herod ruled 37 years from the time of his appointment, and that gives us 1 BC as the year of his death.

He further states that Herod ruled for 34 years after his conquest of Jerusalem and the slaying of the last Hasmonean king. But he dates the conquest ambiguously. It might work out to either 37 BC or to 36 BC. Adding 34 years, we get Herod dying either in 2 BC (if the conquest was in 37) or in 1 BC (if it was in 36).

So Herod the Great would have died between 10 Jan 1 BC (the lunar eclipse) and 11 April 1 BC (Passover), more likely closer to the latter.


Now it gets interesting

After Herod the Great died, his son Archelaus took over Judea and made such a royal hash of things that the Romans stepped in and instituted Direct Rule. They deposed Archelaus and sent a legate named Coponius in his place, and annexed Judea to the province of Syria, whose new governor was to be Quirinius (Cyrenius in Greek). Quirinius audited the books in Judea to see how bad things were.


NOW Cyrenius, a Roman senator, and one who had gone through other magistracies, and had passed through them till he had been consul, and one who, on other accounts, was of great dignity, came at this time into Syria, with a few others, being sent by Caesar to he a judge of that nation, and to take an account of their substance. Coponius also, a man of the equestrian order, was sent together with him, to have the supreme power over the Jews. Moreover, Cyrenius came himself into Judea, which was now added to the province of Syria, to take an account of their substance, and to dispose of Archelaus's money; but the Jews, although at the beginning they took the report of a taxation heinously, yet did they leave off any further opposition to it, by the persuasion of Joazar, who was the son of Beethus, and high priest; so they, being over-persuaded by Joazar's words, gave an account of their estates, without any dispute about it.
-- Antiquities of the Jews - Book XVIII, Ch. 1.

This was the hated Tax Census of Quirinius, dated to AD 6. Like most Roman tax censuses in other provinces, it led to unrest, tamped down here by the temple authorities. It marked the start of a Zealot movement that ended eventually in the destruction of Jerusalem, so to people of Luke's time, it would have been a significant benchmark in local history.

Luke gives us the following info:


"In those days a decree went out from Caesar Augustus that all the world should be enrolled. This was the first enrollment, when Quirinius was governor of Syria."

Here's the problem. If Quirinius took his census in AD 6 and Herod died in 1 BC, it would be impossible for Jesus to be born in Herod's reign (Luke 1:5) AND during Quirinius' tax-census (Luke 2:1-2).

So was Luke stoopid or what? But Luke wrote in the tradition of Greek historiography, and we should expect his research to have been meticulous. He may have made errors; but then so did Josephus and every other ancient historian. They would not, however, have been stupid errors.

Now, Luke's Greek (TOF is informed) is grammatically obscure at this point. It reads:

N.T. Wright was not the first scholar to point out that in the Greek of the time, prōtos used in conjunction with the genitive case meant "before." We can translate the passage as


“This registration happened first, [before] Quirinius was governor of Syria.”

So why mention Quirinius at all?  The tax census of AD 6 was infamous, an historical benchmark in that part of the world. Luke was using it "to provide Theophilus with a general frame of reference. Luke is saying, in essence, 'You remember the cause célèbre that happened when Quirinius took a census as governor of Syria. Well, there was in fact a less famous census before that one, the very first census of its kind, which precipitated a journey by Jesus’s family to Bethlehem.' Chronological precision was not required even in very good Hellenistic historiography, and so Luke is content to let Theophilus know that the census he has in mind transpired before A.D. 6.”


What Census Was That?

The Romans took censuses for non-taxation purposes, mainly for loyalty oaths, headcounts, and the like, and did so in the provinces and even in the supposedly independent client kingdoms. And Augustus was all into censuses. Tacitus writes:


They [the Senators] raised their hands to the gods, to the statue of Augustus, and to the knees of Tiberius, when he ordered a document to be produced and read. This contained a description of the resources of the State, of the number of citizens and allies under arms, of the fleets, subject kingdoms, provinces, taxes, direct and indirect, necessary expenses and customary bounties. All these details Augustus had written with his own hand..."
-- Annals 1.11

So it is quite clear that Augustus had carried out a fairly comprehensive nose-counting of Roman possessions and had himself prepared a precis of it. According to St.John Chrysostom the document of this census was found in the Roman archives in the fourth century. But that was before the Goths, Vandals, and Spaniards sacked the town.

Luke goes on to say:


"In the fifteenth year of the reign of Tiberius Caesar, Pontius Pilate being governor of Judea, and Herod being tetrarch of Galilee, and his brother Philip tetrarch of the region of Ituraea and Trachonitis, and Lysanias tetrarch of Abilene, in the high-priesthood of Annas and Caiaphas, the word of God came to John the son of Zechariah in the wilderness."
-- Luke 3:1-2

This pretty much pins it down to AD 28/29.
Shortly after this Jesus begins his own public ministry. We find out

"About thirty" probably means within a tight interval. (Luke elsewhere states that the daughter of Jairus was "about 12," so he wasn't into rounding off to the nearest 5 or 10.) If Jesus was "around thirty"in AD 28/29, he would have been born in 3/2 BC -- remember, there is no Year 0 -- which is the consensus birth year that the early Church Fathers overwhelmingly supposed. Since Luke was not a drooling moron, this is further indication that he could not have meant that Jesus was born during Quirinius' census. "About thirty" would not likely include 22 or 23 years old!

BTW, those who are eager to equate the Jesus story with Horus or Orpheus or some other such deity or demigod are welcome to present the legends in which these characters are pinned down with even half as much precision by time and place. In whose "tetrarchy" was Osiris born? In what year of what emperor? Pfui, sez TOF.
Posted by TheOFloinn at 10:57 PM