The Context of Bitten Sound

In this era, when the thoughts even of politicians do not run much past 140 characters, the sound bite reigns supreme. The Federalist Papers? Fuggedabouddit. The Communist Manifesto? Too long. Context? What are you talking about?

In the past couple of days several sound bites have reached apocalyptic status as our Besserwissers tell us what to think about them. They accomplish this by not telling us very much. Even on "longer" stories (which in TV newsland are not very long at all) the Incomparable Marge and TOF will often exchange puzzled glances because the "story" omitted one or more key points.

In fact, a few days ago the newsreaders actually commented on whether one of the two major disasters candidates had enough empathy to be prexy. After all, one of his Constitutional duties was to appear at disasters and show how much he cares by comforting Victims. Today one of the talking heads reported on his own feelings of indignation as if they were news. A companion head then said something about "our president, on the other hand..." Don't need no Wikileaks for that email! We got the message. 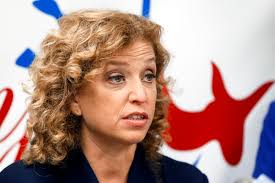 Which brings us to the first example, which is actually two examples. A tattletale called Wikileaks, hitherto a champion of Speaking Truth to Power made the mistake of speaking truth to Democrats. Suddenly, they became dupes of Vladimir Putin and the Usual Suspects became flag-waving Patriots. Never mind that Julian Assange, the Wikileaks guy, stated that they did not get the hacked emails from the Russians, the charge has been repeated again and again as if it were a fact and folks will forget that Mr. Assange said not.

One bite from the DNC emails was:


"I think I read he [Sanders] is an atheist. This could make several points difference..."

This set off a firestorm about how there should be no religious test for office. Boo-hoo. But Hume said you cannot get an 'ought' from an 'is.' The memo-writer did not write that this should make several points difference, only that it might do so. That is, it was an observation of possible fact. It may or may not have been an expression of wishes. What was truly reprehensible, given that the Party as a whole was supposed to remain neutral between the contestants, was the rest of the email that was not quoted on TVland:


From:MARSHALL@dnc.org
To: MirandaL@dnc.org, PaustenbachM@dnc.org, DaceyA@dnc.org
Date: 2016-05-05 03:31
Subject: No shit
It might may [sic] no difference, but for KY and WVA can we get someone to ask his [Sanders'] belief. Does he believe in a God. He had skated on saying he has a Jewish heritage. I think I read he is an atheist. This could make several points difference with my peeps. My Southern Baptist peeps would draw a big difference between a Jew and an atheist.

No, not the wretched use of a (.) for a (?) in the first two sentences, nor even the execrable term "peeps" for "people." But that they were cynically suggesting to use the surmise by "getting someone to ask his belief," even though it might make no difference. It was the desire of the DNC to put their collective thumb on the scale for the Establishment candidate, but it's not clear that they actually acted on those intentions.

The other bite chewed over on the evening news was:


"He [Sanders] isn't going to be president."


This is a silly story. He isn't going to be president.
> On May 21, 2016, at 4:21 PM, Miranda, Luis
> > Do you all think it's worth highlighting for CNN that her term ends the day after the inauguration when a new DNC Chair is elected anyway? >

IOW, Bernie had said that if he was elected, he'd fire Ms. W-S and someone on the DNC (MirandaL) snarked that the DNC chairwoman's term expired at that point anyway, so isn't Bernie stoopid? Ms. W-S said in effect, this is not a story.

Now, the DNC was clearly biased against the socialist candidate and in favor of the Establishment candidate. But such sound bites do not establish that. Tudes and not Deeds. More interesting are those emails that deal with trade pacts and arms deals, but those did not make the evening news. No, the big hoo-hoo was over who had hacked the DNC D/B. This, interestingly enough, was never a concern when it was someone else being discomfited.

The second example features another candidate, that Marvelous Master of Malaprop, the man who makes George W. Bush appear a master elocutionist. The man whose mouth is a faucet, which when opened gushes forth non-stop. Namely, the first Champion of the Working Man to be on the Forbes 500 list.

According to the evening news, this individual invited Russia to spy on either a private US citizen or on sensitive documents of the US government. Since those documents were on Ms. Clinton's private server and she swore up and down that none of them were sensitive, the second complaint hardly applies. Unless the divine Ms. C were lying. Or the media. Or both. Or perhaps -- we must not overlook the possibility -- everyone involved.

The pravda¹ was set by the New York Times and obediently replicated by everyone else:


Donald J. Trump said on Wednesday that he hoped Russian intelligence services had successfully hacked Hillary Clinton’s email, and encouraged them to publish whatever they may have stolen, essentially urging a foreign adversary to conduct cyberespionage against a former secretary of state.

Trump's statement was delivered at a press conference and ran:


"Russia, if you’re listening, I hope you’re able to find the 30,000 emails that are missing. I think you will probably be rewarded mightily by our press.”

This was clearly a Trumpian attempt at humor, poking fun at finding Russians under every bed -- Wikileaks said they did not get the emails from the Russians and at Hillary Clinton erasing 30,000 State Dept. emails. (Does anyone remember the Rose Law Firm files?) It was not a serious invitation to the Russians. This is even more clear when you hear him say it, as the evening news actually did provide. But the tin-eared crowd was in a remorselessly prosaic and literalist mood, greater even than when they claimed Sarah Palin had said Paul Revere rode out to warn the British or that Dan Quayle thought they spoke Latin in Latin America. Never, ever speak metaphorically or with tongue in cheek when speaking to your enemies!

There are any number of reasons why Trump should not be president; but this is not one of them, and the people so outraged at this "borderline treason" (as one newsreader, mistaking his vocation for editorialist, put it) were never so literally-inclined when Ms. Obama said that her husband's election was the first time she had ever been proud of America. Or when that self-same husband wisecracked that he had visited all fifty-three US States.

BTW, there are also any number of reasons why Clinton should not be president, either. This is the most depressing election since McGovern-Nixon, when we also had a choice between a fool and a crook.²

================
1. pravda. To extend the Russia trope. In Russian, pravda means "truth." The term was used sardonically by Russians during the Communist era: What is the "truth" today? The other Soviet-era newspaper was Izvestya, which meant "news" and the joke about the two papers, Pravda and Izvestya, was that "In Truth, there is no News; and in News there is no Truth."
2. crook. Yeah, TOF knows. What a campaign slogan: Vote for Hillary. She was not actually indicted!