Who Sez There's No Telos in Nature? 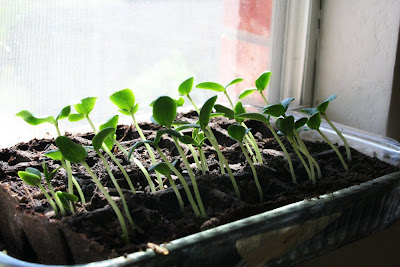 (Photo from Conversion Diary)
when even plants strive toward something beyond themselves?

Without this "towardness" there would be no laws of nature, since there would be no reason why A→B "always or for the most part."  Efficient causes thus depend on finality for their coherence. This is why final causes have been called "the cause of causes."

In particular, evolution (transformism) would make no sense without this intentionality of living things, since the efficient cause (natural selection) would at best simply weed out the unfit.  It is precisely the striving of living things to go on living that leads them to exploit new mutations and new environments.  To seek out new life and new civilizations; to go where no....  Wait a minute.
﻿
Posted by TheOFloinn at 10:09 PM