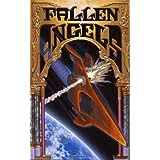 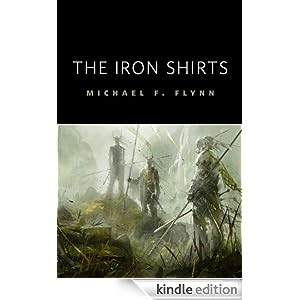 And as long as we are on the subject of ebooks, another helpful reminder that there is a Kindle edition of a novelette of mine, called The Iron Shirts, from tor.com for a paltry US$0.99, a mere George Washington.  This is an alternate history story of treachery, deceit, and other fun things.

And last but not least is the re-issue of the story collection, The Forest of Time. , available as a Kindle for US$9.99, a mere Alexander Hamilton.  At first, because it includes my epic poem "There's a Bimbo on the Cover" we had thought to use this cover: But cooler heads prevailed and it was issued with the less lascivious cover shown below. 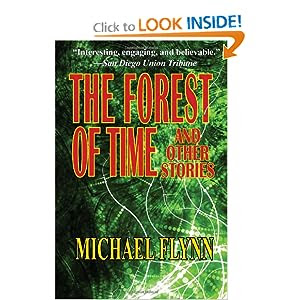 Posted by TheOFloinn at 1:32 PM