Back from Boskone.  Boston was snowed up, but not impenetrably so.  I am told that a week earlier was a different story, but that is ever a risk for a con in mid-February in Boston.  On the waterfront.  The Westin was its usual self, with the additional twist that its main restaurant no longer served dinner.  Well, it was pricey-plus.  But the "pub" is not large enough to handle the dinner crowd.  Fortunately, I didn't care, since I was staying in a different hotel entirely.


The first thing, which the Incomparable Marge encountered because she checked us is, was that the woman at the check-in desk was from Phillipsburg NJ, across the river from Rath O Flynn.  Well, sez I when apprised later of the happen of this stance, I have on several occasions on the road encountered the diaspora of the Lehigh Valley.

Which means that the last thing, which we encountered in the elevator on the way out, was two other people in the elevator who came from Easton PA.  And which the woman used to work out at the Y with the Marge.  And which the husband went to school with my brother and worked with my father.  Statisticians love sh*t like that.  (One time, I co-taught a lead auditor course in Detroit, and one of the students turned out to be a second cousin on my mother's side.)

Boston maintains a highway system second to none, which means it comes in second place to no system at all.  The basic idea is that everyone coming in from the west, which is pretty much everyone not already in New England, is funneled into a single highway.  On a toll road.  A five hour drive from Pennsylvania spent a disproportionate amount of those hours on the last stretch of road from the end of the Mass Pike to the destination.

I had an 8PM panel and was just barely in time for it.  The Marge dropped me off at the hotel and zipped off to check into our hotel across the highway, where she had the aforementioned experience.  It would have been within walking distance had it not been for the cold.  The thermospatial effect ensures that distances increase in inverse proportion to the temperature.
+ + +


1. The Singularity: There Can Be Only One.

No, I don't know why the title, but Vernor Vinge (who was GoH) and others discussed whether or not the Singularity would happen.  Vernor believed in the Rapture of the Nerds, but three of the panelists, incl. yr. obt. svt., were skeptical in one measure or another.  The Skepticism of the TOF was founded on three things: history, mathematics, and philosophy.  (A fourth objection: that the nature of the singularity is plastic -- is it the speed of technological change?  the transformation of human nature?  what? -- but that is really a second philosophical point.

The historical objection is that the technological singularity has already happened, ca. 1870-1920.  By 1920, all the elements of the modern world were in place.  We had cars, radios, airplanes, etc.  Our ancestor from 1870 would have been astonished to be dropped into the world of 1920; but a man of 1920 would have taken the world of 1970 in stride.  Planes had lost their propellers.  Radio had gained picture tubes.  Cars were faster.  But technologically at least, it was all recognizable.  Lasers had been described in a paper in 1910.  Punched cards had been used to compile and summarize the 1880 census.  Panelists and audience members waved their iphones about in refutation; but really, there was wireless telephony by 1920 and the idea of knowing what was shaking in far-off places was an old hat by then.  Remember, the contention is not that there was no change after 1920, but that it was not as revolutionary.  In 1870, the average person had no idea what was going on elsewhere.  Google is faster, sleeker, more ubiquitous, but the idea of easy access to remote knowledge was no longer a pipe dream for those with radios. 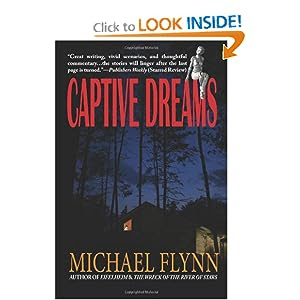 The mathematical objection is the non-physical realization of a singularity.  Limx→0(1/x) is a mathematical abstraction.  It is a calculation of a final cause and does not actually exist in the universe of discourse.  More finitely, the value 0 does not exist in the open interval (0,1) although one may approach it infinitesimally.

As for the philosophical objection, see the novella "Places Where the Roads Don't Go" in the collection Captive Dreams for a discussion of mind uploading and artificial intelligence and "Hopeful Monsters" for a case study in genetic enhancement.


2. After the End of the World 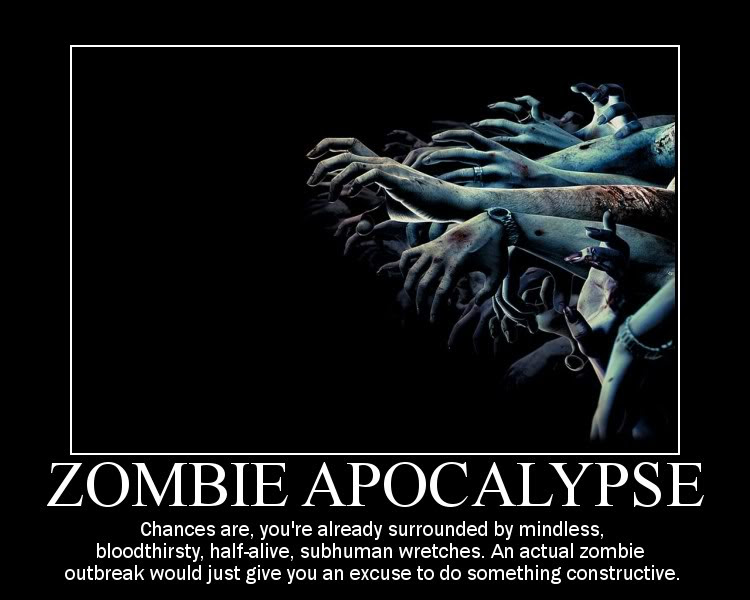 This ran from 9-10PM and was sparsely enough attended to suggest that the apocalypse had actually happened and the few survivors had come to the panel to get pointers.  Asked to name our favorite failed apocalypse, after the Mayan Calendar thingie, the Y2K millennial panic came up as well as the usual religious ends of the world.  We absolved the Mayans of any such foolishness -- I didn't bother to remind anyone that the end of the Long Count really was supposed to be marked by catastrophe: the Water Age, the Fire Age, the Jaguar Age, and so on.  But when it was mentioned that despite the failure of Miller's multiple apocalypse forecasts, the 7th Day Adventists were still around, I noted that the same peculiarity affected Paul Ehrlich.  We noodled around different apocalypses: zombies, nuclear war, plague, aliens, economic collapse, all the usual funandgames.

The next day, I gave a reading and some people actually showed up.  One segment from "Places Where the Roads Don't Go" and one segment from "Shipwrecks of Time."  There was modest business at the autographing table, but I'm beginning to think that anyone who wanted my autograph has gotten it by now.  I had a good crowd at the Kaffeeklatsch table and we discussed many things in response to sundry questions.  How did I hook up with Niven/Pournelle?  What got me started in writing?  What's next from the puissant pen of Pennsylvania?  That kind of stuff.


4. How to Tease Your Data and Not Have it Bite You 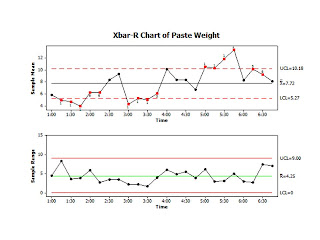 I changed the title to "Spanking Bad Data Won't Make Them Behave."  We got through half the slides, about what I expected: When Measurements Go Bad, When Samples Go Bad, and part of When Models Go Bad.  The usual complications regarding operational definitions, data coding, sampling, and the applicability of specific models.  It comes as a shock to many to realize that there is no such thing as the speed of light: only the results of applying a particular method of measurement.  Heinlein's dictum that a fact is self-demonstrating is self-demonstrably false.  A fact has no meaning in the absence of a theory.  It has not probability of occurrence absent a model.  (I can get whatever probability I want through a judicious choice of models.  And as the Unabomber pointed  out to his students at Berkeley before he entered on his more explosive career, with seven Xs you can fit any finite set of data on Y, as long as you can play with the coefficients.)

This was a panel in which half the members were not scientists, which mooted the topic somewhat.  The discussion converged on the depiction of scientists and the scientific endeavor, where SF prefers the lone genius and the breakthrough discovery while the Real World™ prefers incremental and parallel discovery by an intercommunicating scientific community.  I cited the near simultaneous discovery of the phases of Venus by no less than four astronomers (Lembo, Harriott, Marius, and Galileo, all in the same month.) or that an observed fact had to yet be interpreted: the Airy disks seen around stars were initially supposed to be actual apparent diameters (which put a limit on how far away the stars could be) rather than light scattering in the atmosphere (which meant the stars could be really far away).  Also coming in for hits was the notion that a scientist was ipso facto an expert on any field of human endeavor, when in fact he is often at a loss even in other branches of his own science, let alone in other sciences, or even in history, philosophy, art, etc.  Fiction may be excused somewhat for simplifying this complexity, but that is precisely the criticism of science fiction: that it is not true-to-life.
Posted by TheOFloinn at 8:31 AM