An Unbelievable Item Found on the Web

"Text messages between FBI investigators, include one in which an agent said he could “smell” the Trump supporters at Walmart."

Now, what is unbelievable about this text is not that the FBI investigator shows clear prior bias about the subject of an investigation, but that he admits to having entered a Walmart at some point and mixed with people who were not graduates of Northeastern Establishment universities! Who would've thunk it! Imagine the cooties he might have acquired from the Great Unwashed proletarians!


Watch That First Step, It's a Doozy!

Chaos Manor reprints Jerry Pournelle's blog posts on SSTO. Much of this was background fodder for TOF's Firestar series.


Once and Future Power Source

A new paper, Nuclear Power Learning and Deployment Rates: Disruption and Global Benefits Forgone, finds that nuclear power could now be around 10% of current cost, and have avoided up to 10 million deaths and 164 Gt CO2 between 1980 and 2015, if not for disruption to progress in the late 1960s and rapidly escalating costs since.


A Hot Time in the Old Town Tonight

We've been having a lot of wildfires lately. Or at least better publicized ones. 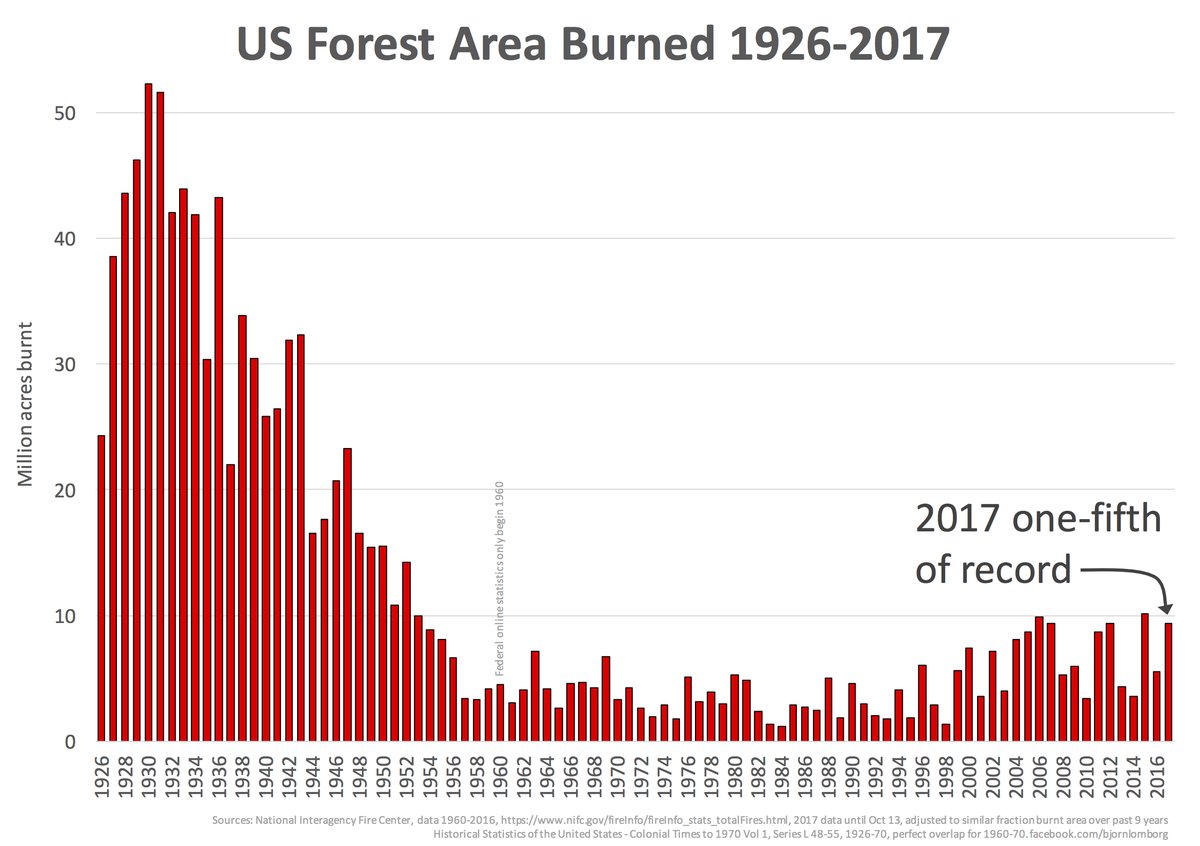 "A pronounced decrease in fire frequency occurred at the time of Euro-American settlement, coinciding approximately with the arrival of railroads, intensive livestock grazing, removal of many Native American populations, and subsequently organized and mechanized fire fighting by government agencies."

Two reasons suggested for recent (since 1980s) increases: habitat preservation laws preventing the clearance of brushwood (a.k.a. "tinder") from around houses, esp. in CA.; and second, increases in houses in scenic yet problematical sites.


Could Rome Have Had an Industrial Revolution?

The short answer of course is No. A longer answer, given in an alternate history novel, is yes because if it were no, there would be no novel.


Dale locates her Roman Industrial Revolution in the early and mid-2nd century BCE, before the large-scale influx of slaves from the conquests of Greece, Carthage, and Gaul. The Middle Republic provides a window in which, she argues, it is plausible to imagine a machine-based culture taking root. In the world Dale envisions, an industrialized Roman empire then follows a British-style path towards a constitutional monarchy (under Augustus).

The technological development path, she describes, sees the Romans push ahead in medicine and biology. In this scenario, Rome benefits from a technology trajectory that takes place in the absence of Christianity with its prohibition on dissecting human bodies. A point of tension in the novel is the Roman occupier’s sanguine building of an abortion clinic in Jerusalem, simply because this is what Romans have at home; they do not — and did not — consider abortion wrong. Here I want to ask: What do these reflections tell us about the possibilities of economic growth in the premodern world?

How you can have a "machine-based culture" along the British model before developing a metallurgy capable of steam boilers is an intriguing thought-experiment. And it was not the massive influx of slaves from the Punic and Gallic wars that shifted the ancient world to the use of muscle power as a source of energy. It had always been that way. If not slaves, then animals. It was the early Middle Ages that saw the shift to mechanical power.

It was the pagan Romans, not the Christians, who had the horror of touching dead bodies and maintained a special college of priests for the sole purpose of ritually touching the dead to free the body for the undertakers. The Christians never had the prohibition mentioned, save to the extent that many of them were themselves Romans to begin with. The medical schools of the Middle Ages  began doing medical dissections and noticed that Galen had gotten things wrong -- because Galen had gotten his anatomy from dissecting pigs.

The idea that the Romans had abortion clinics is absurd. The storied sexual liberties of the Romans applied only to Those Who Could Not Say No -- slaves, lower class women, young boys. Women of their own class were another matter, and were subject to a pretty rigorous control of their sexual lives. Abortion in that day and age was rather risky to the mother, and not used lightly. However, as a form of genocide directed against inferior races, as envisioned by Sanger and others in the Modern Age, it is imaginable, were it not for the nature of Imperial Law. (see next Item.)


Don't Make Me Tell You Twice!

"The Roman Empire was still rather ramshackle in its administration of laws compared to later states. Laws of this kind usually began as a suggestio: a report or statement of a situation needing attention. Officials in the Imperial consistory would then meet and frame a response and, if this response was acceptable to various counsellors and advisers, it would be submitted to the emperor for approval. It would then be distributed to the praetorian prefects, who often added amendments and additions, and then distributed by them to regional governors, who in turn could add to it or amend it to fit local conditions. Finally, it was up to these local officials to see the edict implemented and to enforce it as much as they could. This all meant that what began as a statement of the emperor’s desire could get watered down as it passed down the administrative chain and could also be largely unenforced if the local prefect or diocesan governor was not enthusiastic about the decree. And even if he was, many of these broad statements were very difficult to enforce with any uniformity. As a result, what various laws and decrees said and what actually happened on the ground were often two very different things. The fact that some laws of this kind had to be repeated several or even many times shows that subsequent emperors recognised that previous decrees had gone essentially unenforced and there was often little they could do about this."

Why do we always imagine pre-modern states as having all the moxie and wherewithal of our modern scientific states?


Caught Between a Rock and a Hard Place

Why some discussions are lost before they are engaged.

Keith Burgess-Jackson offers six items of sound advice, each both prudential and moral. Here is #1:


Don't touch a woman without her specific consent. Consent, to be consent, must be informed. Don't resort to trickery, subterfuge, dissimulation, or manipulation (including getting her drunk or high).

The Usual Suspects had much to say about the Veep when he said he would not dine alone with a woman not his wife, offering all sorts of misogynistic reasons for such a policy. The one reason never proffered was that the woman could not then come back years later claiming she had been harassed or touched.

TOF is also struck by the thought that if only men had comported themselves in accordance with the precepts of Christian morality that were abandoned in the 1960s, many of the movers and shakers in Hollywood and politics could have saved themselves considerable obloquy when the inevitable counter-revolution came about and the sexual Robespierres got sent to their own guillotines.

Buy everyone will notice that no one -- accuser or accused -- can think of any words more severe in description than "inappropriate" to describe behaviors like sexual harassment or sexual assault or even rape.

Edward Skidelsky wrote in "Words that Think for Us" (Prospect Magazine 18 Nov 2009) that modern society avoids explicit moral language.  Words like "improper and indecent" have been replaced by words like “inappropriate” and “unacceptable.” "An affair between a teacher and a pupil that was once improper is now inappropriate."
https://books.google.com/ngrams/graph?content=indecent%2C+inappropriate&year_start=1800&year_end=2000&corpus=15&smoothing=3&share=&direct_url=t1%3B%2Cindecent%3B%2Cc0%3B.t1%3B%2Cinappropriate%3B%2Cc0

But improper and indecent express moral judgements, while inappropriate and unacceptable suggest the breach of some social convention. Such “non-judgemental” forms of speech are tailored to a society wary of explicit moral language.  Skidelsky writes that liberals "seek only adherence to rules of the game, not agreement on fundamentals. What was once an offense against decency must be recast as something akin to a faux pas."


"But this new, neutralised language does not spell any increase in freedom. When I call your action indecent, I state a fact that can be controverted. When I call it inappropriate, I invoke an institutional context—one which, by implication, I know better than you. ... This is what makes the new idiom so sinister. Calling your action indecent appeals to you as a human being; calling it inappropriate asserts official power."

And note, too: "As liberal pluralists, we seek only adherence to rules of the game, not agreement on fundamentals."  Note how this rejects the Western idea of conscience (synderesis) and hearkens back to the old non-Western definition of good behavior as adherence to statutes promulgated by the Father-figure in the palace.

AIDS is still around. New Diagnoses in 2016 per the CDC

Note: MSM means men having sex with men. These are not always gay or bisexual men. Men in prison being an example.
https://www.cdc.gov/hiv/statistics/overview/ataglance.html


Nota Bene: This is not a "How To" manual

The Manhattan Contrarian has noted some intriguing email.


Yale has long championed its commitment to advancing diversity, equity, and inclusion, to building a faculty and student body that respect the multicultural reality of the world around us and a community where everyone feels valued and welcomed. But while these beliefs are laudable, they have not always translated into meaningful and lasting policy and action. In late 2015, students of color and their allies voiced their frustration that inequity on campus and a lack of focus by the administration on diversity, equity, and inclusion (DEI) meant the university was falling far short of its ideals.

The best they can come up with is a claim that there has been a "lack of focus" -- on the very issues as to which Yale has for decades been demonstrably not only focused, but obsessed.

And the recommendations do flow, and flow, and flow.  Like:
Anyone familiar with management boilerplate and blatherskath will recognize these bullet points as being full of sound and fury, signifying nothing. None of them are stated in terms that can even be objectively verified to determine whether they have been achieved or even to measure whether progress has been made. Yale will "engage" young alumni of color! She will "build a bridge"! Before you suspect that the latter will involve structural engineering, simmer down. Nothing so difficult will ever sully the mind of people who engage in such projects.

The Contrarian notes that "there doesn't seem to be anything in that list that they weren't already doing and talking about endlessly for the last 50 years." Faithful Reader may be forgiven for a moment's doubt in supposing that a renewed commitment to talking about it some more is going to change anything.

Posted by TheOFloinn at 1:00 AM