The Feasts of December (4)

Ten years after the advent of TOF came the appearance of the fourth Flynnbro, to wit: Sean, born this day of December, thus overloading the parental generosity with the third round of birthdays plus Christmas within eight days. In case it is not obvious, Sean is the farthest to the right in this photograph: 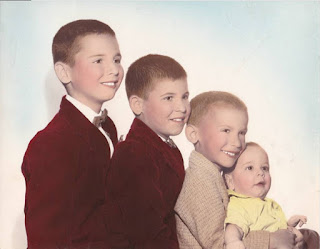 In the then-and-now comparison, Sean lurks in the left foreground in the next snapshot taken a few weeks ago, in which Seanbro was channeling a Civil War general. Actually, he was doing that no-shave November thingie and is now as clean shaven as his wife could desire. Personally, TOF thinks he rocked the beard, but his opinion was not solicited. 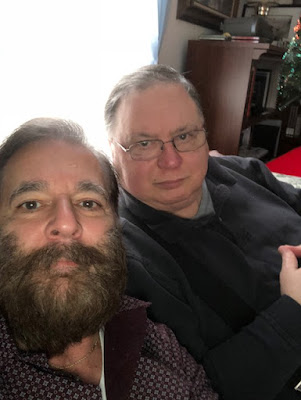 Posted by TheOFloinn at 9:56 PM