There is a peculiar form of cognitive dissonance abroad: namely, the webster who at one and the same time glories, praises and lauds the use of empirical evidence and then fails to honor it when repeating his favorite fables.

A recent column in the New York Times summoned these folk like Gnorrs from the woodwork out.  The column concerned the latest discovery of the Real Jesus™ as described in vast detail in eight partial lines on a scrap of papyrus modestly entitled by the professor: "The Gospel of Jesus' Wife." It runs thusly:


It's hard to get a meaning from this, let alone a context, especially since (according to Francis Watson) 'The English language differentiates “woman” from “wife”, but Coptic does not.'  My own impression is that this is a portion of a well-known passage in the Gnostic Gospel of Thomas (#114) ripped down the page (every line is partial on both ends) and tendentiously translated.  Harvard Theological Review has reportedly suspended publication pending the resolution of doubts expressed by Coptic scholars, including a carbon-dating of the ink.  Meanwhile, its provenance is unknown.  Sounds like another "James ossuary," imho.

But the story per se is not today my topic, but rather some of the comments in the comm box elicited with dreary predictability by the story.

It's still the same old story....
+ + +
The first is by the monoliteral correspondent "M" from Dallas TX:

Well, considering the Council of Nicea [sic] picked four gospels and burned the rest, I think it's a valid question to ask what's missing from Christian theological books.

But M is simply repeating fables that fundamentalists used in their claim that the Real Church™ had been suppressed by the Vatican at the Council of Nicaea.  (Fundamentalists show no apparent awareness of the Eastern Orthodox, Oriental Orthodox, or Assyrian Church of the East and internet atheists share the mindset of their spiritual mentors.)

Any resort to actual documentation will reveal that the four canonical gospels were accepted well before the Nicaean council.  Justin Martyr discusses the four gospels two hundred years before Nicaea; Irenaeus and the Muratorian fragment about 150 years before; Tertulian, Clement of Alexandria and Origen ca. 125 years before the council; and Tatian the Assyrian a little later than that.  To assert that the four gospels were picked by the Council of Nicaea is tantamount to a claim for miraculous precognition on the part of these Fathers.  We know the canons of the council, and none involve selecting the gospels to be used.

Needless to say to those who treasure empirical evidence, there is no evidence that other gospels were burned by the Council (or by anyone else) -- unless M also has precognitive knowledge unknown to scholars.  After all, we still have copies of them.
+ + +
And the second is by one Chris Martin of Alameda CA:


In fact there is ample evidence that early Christians actively persecuted those who held different beliefs, either inside or outside the Christian Traditions. These persecutions extended to the destruction of temples and religious documents.

Despite the evidence being "ample," Mr. Martin fails to mention any of it.  The early Church was the persecuted, not the persecutor.  They had no standing to order such activities.  It is true that following the accession of Constantine, the imperial government did persecute some Christians.  Unfortunately for the thesis, the persecution was directed against the Orthodox by the Arian emperors.  Julian, the last of the Constantinids, reverted to paganism and forbade all Christians, Arian and Orthodox alike, from teaching and from government service, and turned a blind eye to mob violence against them (starting with the gruesome death of George the Arian at the hands of an Alexandrian mob).

A little-appreciated fact is that among the Romans (and Greeks) religious offices were civil offices, with salaries paid by the State.  The Christian notion of separation of Church and State (i.e., of the City of God from the City of Man) had not yet taken hold.  Recall that during the Gallic War, Julius Caesar had been elected Pontifex Maximus.  All pagan temples were owned and staffed by the Empire and their revenues were a source of income to the State.  After the Empire had become de facto Christian, the Emperor saw no reason to continue paying their salaries and upkeep.  So the government shut them down or transferred title to the local bishop.  The temples were by this time largely abandoned, as for example the Mithraean fane given to George the Arian by Constantius II.(*)  Heck, Pliny had written already to Trajan some two hundred years earlier about the problem of empty temples in his province, and lauded the persecution of Christians for having frightened people into returning to the State-owned temples.


I therefore postponed the investigation and hastened to consult you. For the matter seemed to me to warrant consulting you, especially because of the number involved. For many persons of every age, every rank, and also of both sexes are and will be endangered [by accusations of being Christian]. For the contagion of this superstition has spread not only to the cities but also to the villages and farms. But it seems possible to check and cure it. It is certainly quite clear that the temples, which had been almost deserted, have begun to be frequented, that the established religious rites, long neglected, are being resumed, and that from everywhere sacrificial animals are coming, for which until now very few purchasers could be found. Hence it is easy to imagine what a multitude of people can be reformed if an opportunity for repentance is afforded.

(*) the Mithraean fane.  During renovations, George the Arian found an old giant phallus once worshiped by the pagans and paraded it through the town, to the mockery of the Alexandrians, who then in time-honored Egyptian fashion rioted against the Christians.  Drawing parallels with Egyptian riots over YouTube mockeries is your own responsibility.  Of course, nowadays too, we are back to worshiping the phallus.)

The Serapaeum in Alexandria was famously ordered demolished by the Emperor after it had been used once too often as a fortress by rioting Alexandrian mobs.  But there are also reliable stories about unruly bands of monks in Upper Egypt whose Occupy Egypt strategy seized hold of a number of country temples without official authorization.

(The emperors of course did not cease being Roman autocrats just because they got sprinkled.  They assumed that the churches and cathedrals would continue being State property and the bishops to be government employees.  The Western Church was saved from this by the effective disappearance of the Western government.  The Eastern Church had a much harder time shaking the leash.)
+ + +
Jeo of New York writes:


There's also a certain amount of evidence that Jesus was a magician, in the David Copperfield sense as much as the Merlin sense, though those categories were more mixed together in those days. Entire books have been written, and by serious scholars, presenting evidence that he studied with magicians in the East during the missing years.

The evidence can't be too certain, or Jeo would have mentioned some of it.  Just as cartographers once filled the blank spaces on maps with "Here there be dragons," Jeo needs to fill the blank spots in a biography with imaginary trips to the Mysterious and Inscrutable Orient.
+ + +
gemli of Boston tells us:


Jesus was most likely one of a slew of miracle workers with messianic pretentions [sic] that were a dime a dozen in 1st century Palestine. ...modern-day believers ... want to buy into the part of the story that was added after the fact in order to scare and entice ignorant peasants.

gemli's buy in to the Intelligent Design Conspiracy Theory of History is noted.  "Most likely" will do for evidence we suppose; but why does he suppose that peasants are ignorant?  A more skeptical and hard-bitten lot would be hard to find.  Besides, the old paganism had them plenty scared aleady.  They lived in a frightening universe full of powers and dominations.  There were dryads in the trees and nymphs in the wells, and the stars were alive, divine, and could control your life.  And they all had to be propitiated.  When the statue of Serapis was chopped up, the watching pagans gasped in horror, not because an art work was being vandalized -- it was a god, not an art work -- but because they were terrified that it would bring the universe to an end.  The appeal of Christianity was precisely the freedom from this worldview.  The Christian chroniclers simply commented that the statue of Serapis "was only a block of wood."  The single most frequent phrase used by the Jesus of the gospels was "Don't be afraid."

I'm not sure how the prospect of being thrown to wild beasts in the arena was supposed to be enticing.

Besides, the new faith spread first and most rapidly among the cities.  "Pagan" is a Latin word meaning "hick" or "peasant."  The rural regions were the last holdouts of primitive superstition, which is how "pagan" took on its present-day meaning.
+ + +
Paul F. Slattery of Rochester, NY reveals in a bout of Too Much Sharing that


a sexually active Jesus certainly has the greater appeal for me.

As mentioned earlier, today we have reverted to worshiping the phallus once more.  We had a sexual revolution, and women were the cannon fodder.  Nothing must get in the way of men's Happy Time.  Hence, a life of male celebacy as practiced by the Essenes is almost literally unimaginable to a Late Modern Western male.  Oddly, this has been coupled with a sense of horror at the prospect of children. 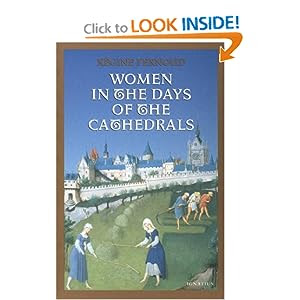 This also makes inevitable Mr. Slattery's tired old trope that "It's very unfortunate, but undeniable, that the Church has long had a very negative attitude towards sex in general and women in particular."

Of course it is deniable.  Such accusations go hand-in-hand with Late Modern attitudes toward sex and children.  Yea to the former; Boo to the latter.  Consequently, the Church is accused in every age of being Opposite of Me.  Back in the day, in the patriarchal-but-prudish Victorian times, the Church was accused of being too feminine and favoring lots of children (hence, lots of sex).  For the role of women in Western Society during the Christian era, Regine Pernoud's book Women in the Days of the Cathedrals is instructive.
Posted by TheOFloinn at 11:40 PM